Terence Crawford Could Fight Either Manny Pacquiao or Shawn Porter, Would Rather Face Pacquiao

Terence Crawford might get a chance to hold two belts for the first time in his career if a fight against Manny Pacquiao comes to fruition.

Terence “Bud” Crawford is without a top 5 pound-for-pound fighter in the world right now. His 37-0 record and his dominance in the welterweight division can attest to that.

As far as technique goes, he’s arguably the most gifted fighter of his generation. Able to fight comfortably in the southpaw or the orthodox stance, his footwork is virtually unmatched.

He may not be the most powerful puncher, but he’s a great finisher. With 28 knockout wins, he has more finishes than any active fighter in the welterweight division.

However, Crawford is nowhere near undisputed in his own weight class. While Crawford is the WBO champion, Errol Spence Jr. currently holds both the WBC and IBF titles. Manny Pacquiao holds the WBA title.

For many experts, Crawford’s path to be the number 1 pound-for-pound fighter in the world goes through a unifying the welterweight titles.

According to his manager Bob Arum, Crawford’s next fight could either be against the former champion Shawn Porter or the WBA champion Manny Pacquiao.

When asked what would be his preferred match-up, Crawford said that he likes both fights but would rather face Manny Pacquiao.

“I don’t know, we’ll just have to see. Both of them are great fights. Yeah I prefer the Manny Pacquiao fight over Shawn Porter, but Shawn Porter is a great fight in it’s own right and I’m going to be ready for whichever one comes to fruition.”

When asked which fight he believes will actually happen, Crawford added:

“I really can’t say. All I can do is preprare myself to the best of my abbilities and be ready for whatever is put in front of me.”

“Both of them have their own strong points. Manny Pacquiao is fast and moving, he can punch. Shawn Porter is aggressive, tough, and durable,” Crawford said.

After the fight against Conor McGregor visibly fell through, Manny Pacquiao stated that he has his eyes set on a unification bout with Terence Crawford and stands to make $40 million for that fight.

While Errol Spence and Shawn Porter are very exciting match-ups, it seems very likely that Manny Pacquiao is next in line for Terence Crawford. 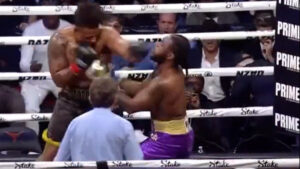 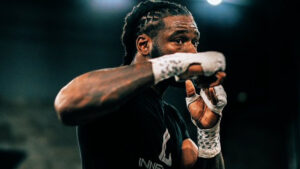 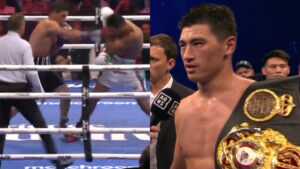 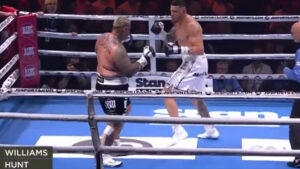