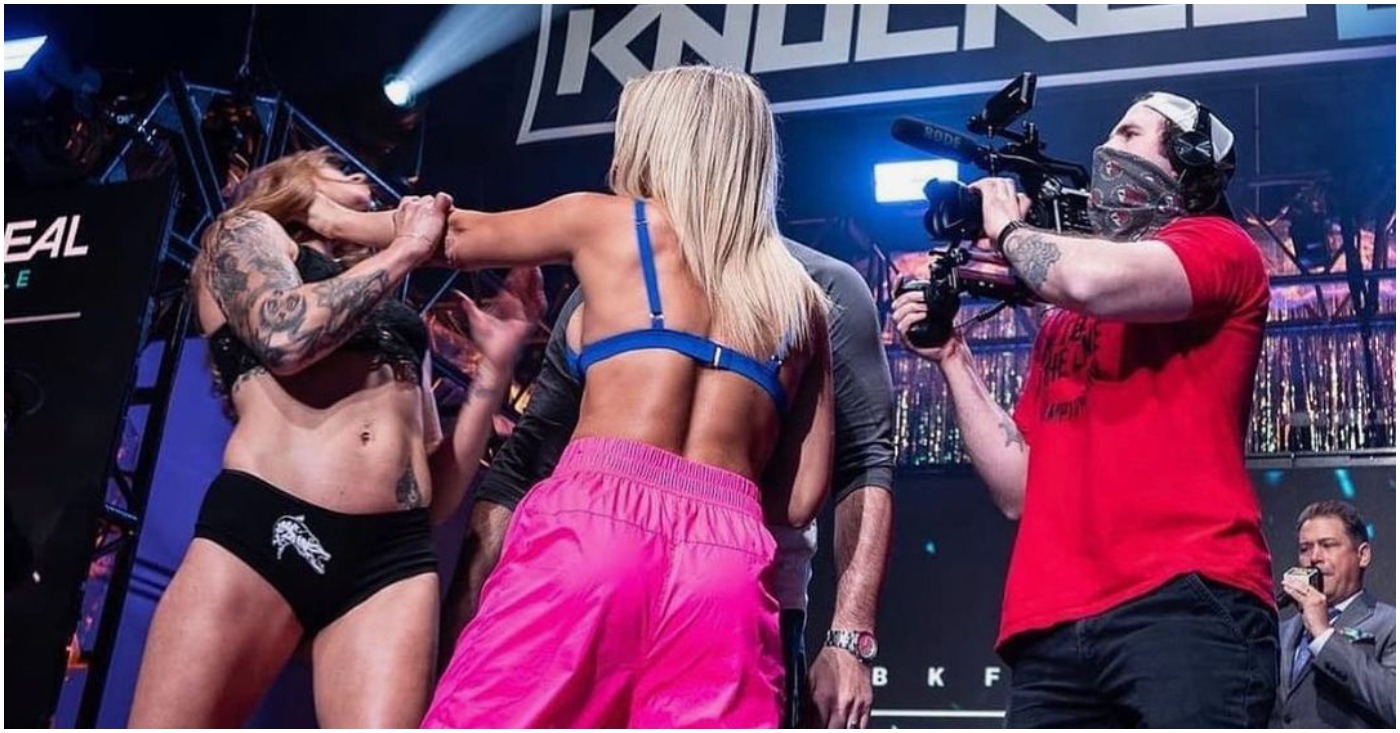 Paige Van Zant is starting her bare-knuckle boxing career with a bang, demonstrated by the scuffle she encountered in her very first staredown. During the face-off, Van Zant grabbed her opponent Britain Hart’s throat. Subsequently, that led to Hart getting fired up and yelling at Paige.

In November, BKFC President David Feldman announced his rollout of plans surrounding Van Vant’s debut. He stated that he wanted Paige to fight around the same time as the Super Bowl. As well as, making sure Paige has a marquee slot on the fight card as either the co-main or main event.

Now that the event is around the corner, promotional duties surrounding the fight have ramped up. During the staredown for the event, Van Zant and Hart got into a heated exchange which seemed to be fueled by Paige grabbing Hart’s throat.

Hart was shown visibly upset, yelling at Paige for her actions. She vowed to beat Van Zant tried her best to retaliate, despite being held back. Furthermore, she reminded Paige that the world of bare-knuckle boxing is different than mixed martial arts.

While some fans believe the exchange was organic, a host of others believe that the staredown was staged. Which, isn’t farfetched when dealing with the social media star power of Van Zant.

Are fans excited for Van Zant vs Hart? And, does the matchup pull enough of an audience to be featured as the main event?

Frank Mir Roasts Stephen A Smith's Comments on Women's MMA: "Send Him Back to the NBA"
← Read Last Post