Current UFC women’s flyweight champion Valentina Shevchenko hinted at a move up a division in her next fight.

Shevchenko will be returning to the octagon against Taila Santos this June 11 at UFC 275. Having remained relatively silent since her most recent outing with Lauren Murphy, Shevchenko revealed some big plans for the future.

Ever since she won the vacant women’s flyweight gold against Joanna Jędrzejczyk in December 2018, Shevchenko has gone on to establish herself as one of the most dominant champions in the history of the UFC. She racked up eight wins in a row with six title defenses to her name.

In a recent appearance on The MMA Hour with Ariel Helwani, Valentina Shevchenko talked about her upcoming title fight against Santos and shared her plans for the future.

“I think so there’s a chance I fight at bantamweight next. There is always the chance. Definitely the bigger fight, the better. Yes, I think by the end of the year it’s going to be a huge fight. But also, we have to see Miesha Tate is coming to flyweight in July, so many things can happen and many things can change. I think it’s possible, it’s very very possible.”

“I think it’s just on standby, before July. This is where they booked the rematch. I think it’s inevitable. Or if [Nunes loses] it will be Julianna Pena. We fought Julianna a few years ago, I submitted her with an armbar, and now people are definitely bringing up her name more frequently.”

While Shevchenko has chosen to keep quiet on the subject in the past, the 34-year-old expressed her interest in a potential matchup against the winner of Amanda Nunes vs. Julianna Pena. ‘Bullet’ currently competes in the flyweight division whereas Nunes and Pena will be fighting for the bantamweight strap.

Shevchenko has fought both women before. Her first outing with Nunes came in March 2016 when she lost to ‘Lioness’ via a unanimous decision. ‘Bullet’ would go on to defeat the reigning bantamweight queen Julianna Pena via an armbar submission in January 2017.

Following her first meeting with Nunes, another clash between the pair was slated to headline UFC 215. Going the full five rounds this time, Shevchenko improved her prior performance to lose out on the judges’ scorecards via a split decision.

Taila Santos is confident ahead of her title encounter that she has what it takes to come out on top. Santos revealed a mistake in Shevchenko’s ground game that she believes she could capitalize on at UFC 275. 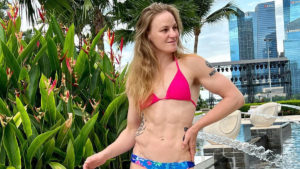 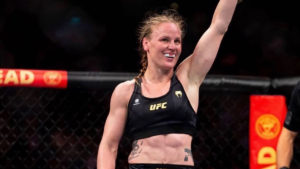 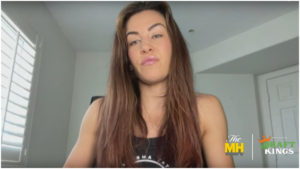