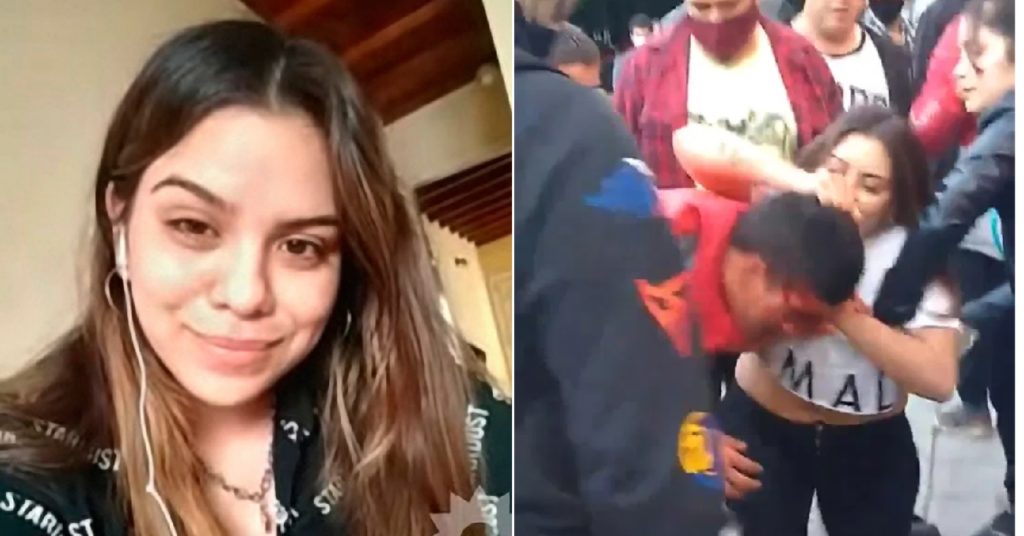 There is a saying out there that you should be careful you mess with on the streets, because you never know who knows some things. This proved very true for a wannabe thief in Argentina, when he tried steal the cellphone of a 20-year old woman who knew a little MMA.

All kinds of craziness can go down when you try messing with strangers in the streets. We here at MiddleEasy have a well documented catalog of people who, as the kids say, eff’d around and found out. We have also documented plenty of heroes in action; people who were trying to mind their business when a call to action was too profound for them to ignore. By far however, our favorite videos fall somewhere in the middle, where someone tries commiting a crime against a random stranger, only for that person to quickly be served a steaming plate of comeuppance with a glass of karma to wash it down.

A new example of this latter type of street art came in the form of Brisa, a 20-year old woman in Argentina. According to reports, she was going about her day when some hooligan tried to swipe her cell phone. She would chasse after this delinquent with her friend, and they would catch up. With the help of some bystanders holding him down, this 4’11 baddie took down the would-be thief, and proceeded to use the skills she learned from MMA to bloody his face. She then proceeded to hold him in a headlock and pulled his hair while screaming and mocking him for trying to steal.

Check out the video below, courtesy of the New York Post.

“I spent all day working during a pandemic with a reduced salary and I refused to accept this guy coming along and making more than half my wages in three seconds,” the woman said after the incident. “Hopefully this guy never steals again. I was lucky because I know how to defend myself as I practice MMA, but I don’t want it to happen to anyone else.”

This was certainly a crazy act of bravery from this woman. It is a good thing that she did not get hurt, as the principal of not knowing what people can do works both ways. Nevertheless she was able to get her phone back, humiliate this doofus, and get out unscathed, so good on her.