MiddleEasy.com
Home Science The advent of robot journalism and how you will never be able... 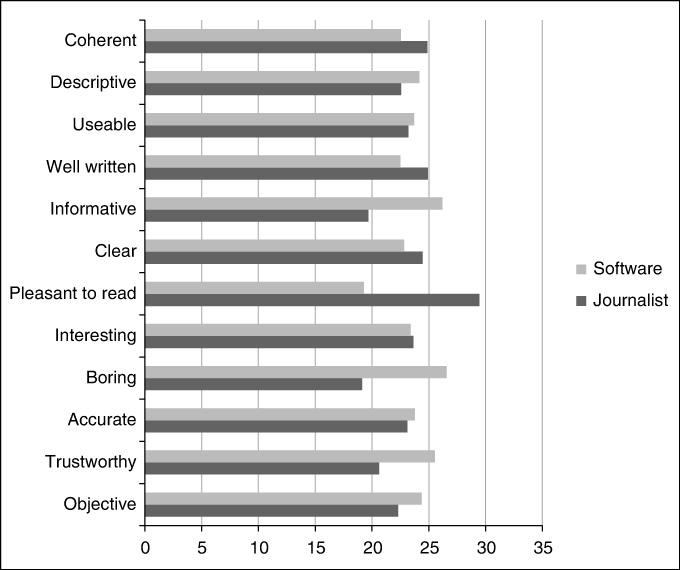 After the shock of finding out that academic papers written by an algorithm were peer-reviewed then published despite being incomprehensible gibberish, I thought nothing would surprise me again. Well, nothing in the way of news about writing. OK, that’s a lie, but I was pretty surprised. The idea that we can’t tell if an algorithm or a real person has written something is not good news for people like me, or sites like this.

If Zeus were to replace the writers of MiddleEasy with an algorithm that took information from a database of pop-culture tropes and crossed it with a bunch of Google News alerts for keywords and top-read stories in certain areas, could you tell the difference? Maybe, but chances are, you wouldn’t care.

Well, at least according to a recent study by Swedish scientist Christer Clerwall, people don’t much notice or even care if the news headlines are written by an algorithm or a real person. He sat two groups down and gave them headlines to read from either an algorithm or a person and then asked them to rate how they felt.

The chart below may have failed had I submitted it with my own coursework because of poor x-axis labeling but it comes from the research paper published in Journalism Practice at the end of last month.

The primary reason there isn’t much of a difference between most of these points is that the participants really did not care. The main difference was that computer-generated headlines were seen as more boring and those written by a person were judged to be more pleasant to read. My bet is that you guys wouldn’t care if our articles were computer generated as long as the Sunday Morning Rumour Mill arrived on Sunday Morning.

I’ll let you guys in on a secret. I already use a robot to write my headlines. I call him Jason Nawara. [Source]

Dana White Blames “The Powers That Be” at Disney for Stopping...

Breaking: UFC 249 Has Been Canceled, All UFC events postponed indefinitely

Rose Namajunas Withdrew From UFC 249 Fight Due To Deaths In...

Promotion Releases UFC 249 ‘Ferguson vs. Gaethje’ Promo ‘The Most Stacked...