Just a couple of hours ago, Garry Tonon shared via his social media accounts that the main event for Polaris Pro 3 will be an epic, sub-only battle with none other than Rousimar Palhares. A war that can only be described as a Leg v.s. Leg match where the winner gets to walk again.

After this announcement, there was an epidemic of legs fleeing the bodies of thousands of people in fear. People are straight up just laying down on the sidewalk legless crawling around like inch worms. Legs around the world want no part of this. 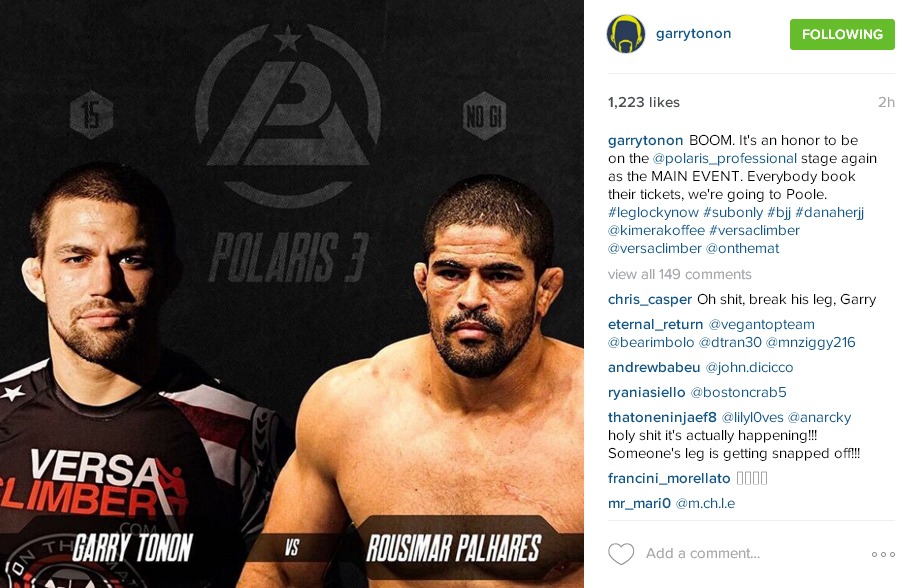 Polaris is hands down one of the best events to spring up in this latest surge of high quality, sub-only grappling shows like the Eddie Bravo Invitational and Metamoris. Last year in September for Polaris Pro 2, Tonon took on another dangerous, leg lock legend in Masakazu Imanari. Tonon won by heel hook in less than four minutes, a victory which is worth a replay on a card that was great top to bottom.

Until a teaser is released for Lion Killer v.s. Toquinho. Enjoy this video of Tonon from Polaris 2.

A Lesson in Street MMA: Fights in the McDonald's dining area are scheduled for three rounds
← Read Last Post

Video: Don't ever call Roy Nelson's son a girl if you want to continue living.
Read Next Post →
Click here to cancel reply.