ONE Championship’s fourth chapter on TNT was an eventful one which saw devastating losses to Eddie Alvarez and Oumar “Reug Reug” Kane. In the main event, ONE Middleweight champ Reinier de Ridder would capture a second belt, dethroning Aung N La Sang of his second title to close out the night.

To start off the main card, Senegal’s powerhouse “Reug Reug” would put his undefeated record on the line against the towering Kirill Grishenko.

The clash of the titans would result in the Heavyweight’s canceling out each other’s strengths. Neither fighter would overpower each other, especially in the clinch where little to no success was found in the wrestling department.

In the last seconds of round 2, the two were trading in the pocket near the final bell. Grishenko would load up at the end of the round to fire a right hand at the throat of Kane. The strike landed after the bell rung and Reug Reug would get down to one knee in pain. Kane decided not to continue however this was not ruled as a disqualification win for the Senegal native.

The referee decided the punch, which it landed after the bell, would not be deemed illegal. Reug Reug would be rolled out of the cage on a stretcher, with Grishenko getting his hand raised via technical knockout in between rounds 2 and 3.

Former UFC and Bellator Champion Eddie Alvarez and Ok Rae Yoon would return to the ONE circle just a few weeks after fighting at the start of April. Alvarez would get his disqualification loss to Iuri Lapicus overturned to a no-contest. Ok would get the opportunity to fight the legend, competing in a special eliminator against Marat Gafurov to fight Alvarez.

Ok would pummel Alvarez to start off the fight. Ok sent Alvarez down the canvas with a punch and would continue an onslaught of the former world champ. The referee came close to stopping it for a good minute, however Alvarez would somehow survive the battering. Alvarez would eventually get up to his fight, throwing some shots in the pocket, proving he was still in the fight.

And in the fight, he was indeed. Alvarez would rally back in rounds 2 & 3, controlling Ok on the fence. Alvarez worked for takedowns however could not secure any due to Ok’s picture-perfect takedown defense. Alvarez would grind him out landing good punches here and there, but was nowhere close to finishing the fight.

The fight would go the distance, resulting in a unanimous decision for Ok Rae Yoon, who dealt serious damage to Alvarez early on.

Vitaly Bigdash was originally scheduled to face off against Aung La N Sang for the Light Heavyweight title at ONE on TNT IV. However, COVID would get in the way of that. With Bigdash out, there was man who stepped in to save the day. The reigning middleweight king, Reinier de Ridder.

De Ridder would step up on just 5 days notice to rematch his rival, N Sang. De Ridder closed out his 2020 by dethroning N Sang at ONE: Inside The Matrix last October. The jiu-jitsu ace would earn gold by submitting the champ inside 1 round. Six months later, de Ridder would be eyeing to get his hands on the former champ-champ’s second belt at Light Heavyweight.

The dream turned into a reality.

De Ridder would come very close to locking in another first-round submission, however N Sang would survive without getting caught this time around. Superb submission defense isn’t enough to win a fight though. De Ridder would dominate in every aspect of the fight, getting takedown after takedown and collecting minutes of top control.

At the end of the distance, the judges scorecards had de Ridder crowned as the new ONE Light Heavyweight champion. Champ-champ status isn’t enough for ‘The Dutch Knight’ however. De Ridder looks to steal gold from heavyweight champ Brandon Vera and even teases a move down to welterweight for gold down there.

There is a gold mine of belts de Ridder can collect and he’s just getting started. 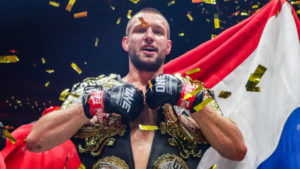 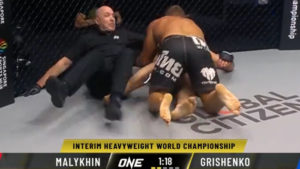 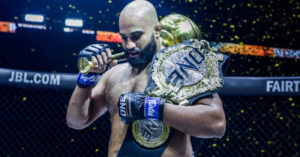 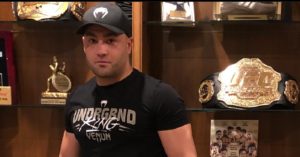 Eddie Alvarez Lashes Out on Boxers Calling Out MMA Fighters 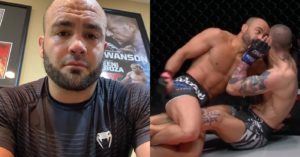 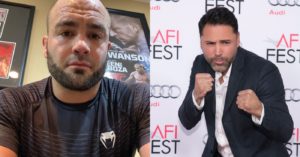