Video: Excited fan yells something about butts to Bruce Buffer & his lady friend 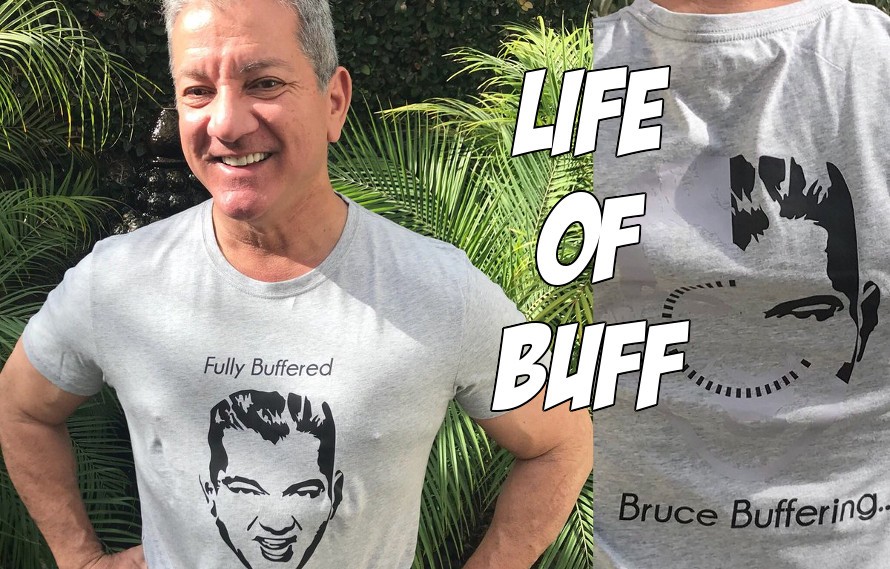 It’s good to be the Buff. Despite all the changes from the UFC over the last few years, Bruce Buffer still remains. We don’t know how, we don’t why but Bruce Buffer is still hanging around the UFC.

Buffer is an UFC institution at this point and that’s a very MMA phrase to say aloud.

In order of Buffer accomplishments Bruce is best known: his annoying catchphrase, the Buffer 360, claiming he choked out Frank Trigg in an elevator, hilariously/tragically breaking his leg doing UFC Fight week karaoke and being horny/thirsty as all hell on his very own podcast.

Yes, Buffer has his own podcast and yes he really loves the sound of his own voice. Then again to have a career reading names aloud you have to love your own voice. Same with starting up your own podcast.

We are still searching for the context of this fan submitted video but whomever this hero-fan is, he definitely listens to Buffer’s podcast. This guy is a hardcore Buffer podcast subscriber.

Occupying the space between womanizer-playboy-and creepy step-dad, Bruce Buffer is known to be a player with the ladies. Which makes MMA fans just running him down while he’s on a date/pick-up/who knows what that much more funny.

When Buff is in the zone, you can’t break him out of the zone. An overexcited fan (hero) is screaming something about butt holes a few feet away from Buff and his friend and the UFC announcer doesn’t even blink.

Yooo who tf did this to Bruce Buffer?! Hahaha @brucebuffer #UFC @MiddleEasy pic.twitter.com/wPBQlsywF8

Dana White Isn’t In A Hurry To Get Nate Diaz Back Inside The Octagon
Read Next Post →
Click here to cancel reply.