You WILL get chills watching this new Anderson Silva vs. Chael Sonnen II promo 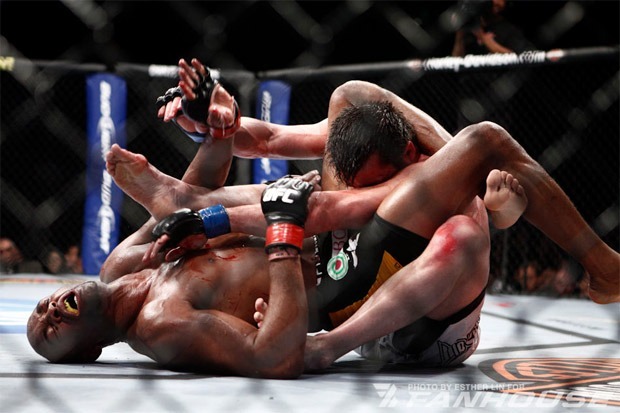 When (if) I die, someone out there make sure NickTheFace creates my postmortem MiddleEasy highlight reel. The part of Zeus can be played be a reanimated saber-tooth tiger, pending the scientific world will be able to successfully clone extinct animals by then. If my demise comes before the discovery of cloning ancient creatures, then have NickTheFace use that dude in the loin cloth from Altered Beast as an accurate portrayal of myself. Midway through the highlight reel, have me transform into something really scary and then show clips of me destroying Japan because immigration jacked my bottle of Indonesian booze a couple weeks ago. Don’t be skimpy with the dubstep music either, NickTheFace.

Throughout the years, we’ve glorified NickTheFace’s work as being some of the most emotionally moving pieces that has ever surfaced in the MMA world. Now we’re granted another exclusive look into the mind of a guy that has made your heart race on a number of occasions. NickTheFace has compiled the most moving Silva vs Sonnen II promo we’ve ever witnessed — and I think it’s time you should see it for yourself. Remarkable.