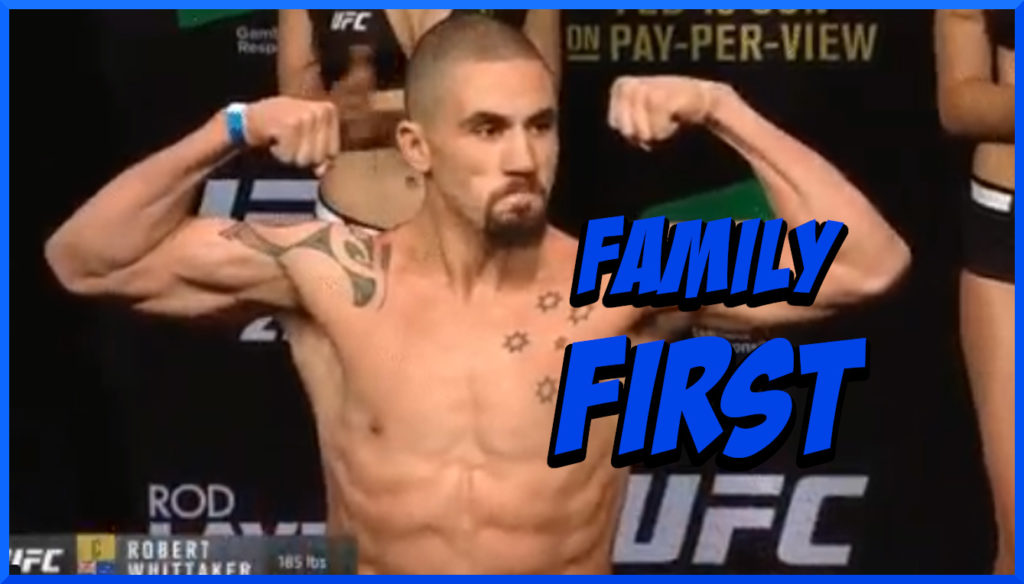 Almost one week ago, news broke that former UFC Middleweight champion Robert Whittaker pulled out of his bout against Jarod Cannonier at UFC 248. So, fans began to wonder what the issue could be for Robert. Many speculated that the reason could be due to injury. Partially because Whittaker has withdrawn from bouts due to injury on three separate occasions. However, rumors then began to swirl that the issue could be a family difficulty. Now, it’s been revealed that Whittaker pulled out of the fight to donate bone marrow to his daughter.

Whittaker was expected to face Jarod Cannonier at UFC 248. The fight was scheduled to take place on March 7th in Las Vegas, Nevada. But, news broke that Whittaker would be pulling out of the fight for undisclosed reasons.

After the withdrawal, Whittaker took to his Instagram account to release a statement. In the message, Robert wrote that he would need to take some time away from fighting so that he could focus on his family. Later, according to reports, it would be revealed that his two-year-old daughter Lilliana is currently sick.

UFC President Dana White spoke on the matter with Submission Radio. During the conversation, he didn’t reveal the true reason for Whittaker’s withdrawal for UFC 248. However, he did mention that the reason was selfless and for a good purpose.

“The reason Robert Whittaker is not fighting in this fight is one of the most unselfish things I’ve seen in my life,” said Dana. ” He’s a good man, he’s a good human being, and I have a lot of respect for him. Good luck to him in what he’s dealing with right now. I can’t put into words and articulate how I feel about Robert Whittaker. He’s the real deal, man.”

Until Whittaker releases an official statement, we won’t know exactly what is happening with Liliana. However, the entire Whittaker family will be in our thoughts throughout the entire process.

Fabricio Werdum Calls For Aleksei Oleinik To Be His 'Special Guest' For UFC Return
Read Next Post →
Click here to cancel reply.