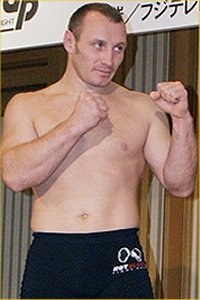 MiddleEasy.com is still holding on to our dream of creating an MMA fight night called ‘The Battle of Asgard’ hosted by none other than the legendary Technoviking. After every match, each fighter gets awarded an over sized turkey leg and a complimentary double handed battle axe in honor of Crom. There will just be one twenty minute round and the audience can throw out goats and flasks of wine inside the cage so the fighters can replenish their energy. PETA would be our official sponsor. If a fight ends in a decision, Gilbert Yvel would jump in the cage and remove each fighter’s spleen as a dishonorable punishment for not finishing the battle. I’m pretty sure if you gathered every graduate student at Harvard, locked them in a room and assigned them with the task of creating a more rawesomer event than that…they would all collectively fail. Yes, rawesomer is a word.

After witnessing the collapse of Affliction, you would be hard pressed to find anyone that wants to create an MMA organization in the dominance of what is now known as the ‘UFC era’…but a group in Korea are cranking one out and it looks promising. It seems that MMA promotions do relatively well on foreign soil…just look at DREAM in Japan, dudes are cranking out Dream 11 and Dream 12 in the course of one month (plus they had Jose Canseco!). Nightmare Of Battle broke the news that a new Korea MMA organization, FMC (Fighting Mixed Combative), are going to have their debut event August 16th and their second event on September 26th which will include PrideFC legend Igor Vovchanchyn and Fedor’s baby bro Aleksander Emelianenko.

The rules are exactly like Sengoku which include no soccer kicks to the head but allows head stomping (yes!). There will be three 5 minute rounds and they will use a GP system to crown champions (just like PrideFC). This will be the third organization in Korea just after Fury FC and Spirit MC.

Korea for the win! [Source] 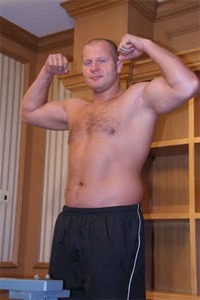