Weili Zhang Blasts Henry Cejudo, Tells Him To ‘Get A Sex Change!’ 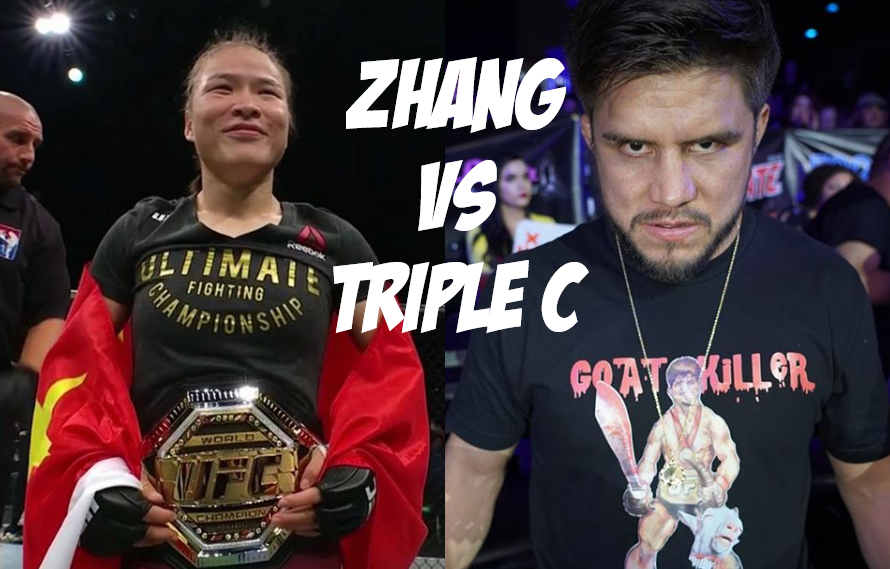 Weili Zhang shocked the world by taking out Jessica Andrade in just 42 seconds over the weekend. Following this, she is willing to fight Henry Cejudo, just under one condition.

Zhang put the entire UFC Women’s Strawweight division on notice on Saturday. In her home country of China, she swarmed Jessica Andrade, finishing her in less than a minute. Subsequently, with that win, Zhang became the first Asian to ever win a UFC title.

On the other hand. Cejudo has been on a good run himself. He captured and defended the UFC Flyweight strap, before moving up in weight to win the vacant 135lb title as well. However since that, he has been calling out literally anybody other than the top contenders in his divisions. Anybody, including female fighters. More specifically, he has had some back-and-forths with women’s Fllyweight queen Valentina Shevchenko.

With that in mind, at the UFC Shenzhen post-fight press conference, Weili Zhang was asked about her interest in a fight with Cejudo. She had a hilarious response.

“Yes, he can fight with me. But first, he need to go to Thailand and become, well get a sex change. Then, I will welcome him or her to the female division.”

Cejudo was quick to respond to Zhang, taking to Twitter in trademark Cejudo fashion.

Oh so you’re a comedian now too, Weili? Well just let me know when you are ready for some real competition and you too can bend the knee to Triple C! #intergenderchamp https://t.co/1ckqw54Yug

“Oh so you’re a comedian now too, Weili? Well just let me know when you are ready for some real competition and you too can bend the knee to Triple C! #intergenderchamp”

Would you watch Henry Cejudo fight Weili Zhang, or any other female for that matter?