Mickey Gall sounds like the name of WWF No Mercy create-a-character experiment gone wrong. Mickey Gall could be the other half of a Saturday morning WWF Superstars tag team with Barry Horowitz. Despite all these facts the 24 year old Mickey Gall will likely steamroll 0-0 MMA rookie CM Punk when the two welterweights face-off at UFC 199. 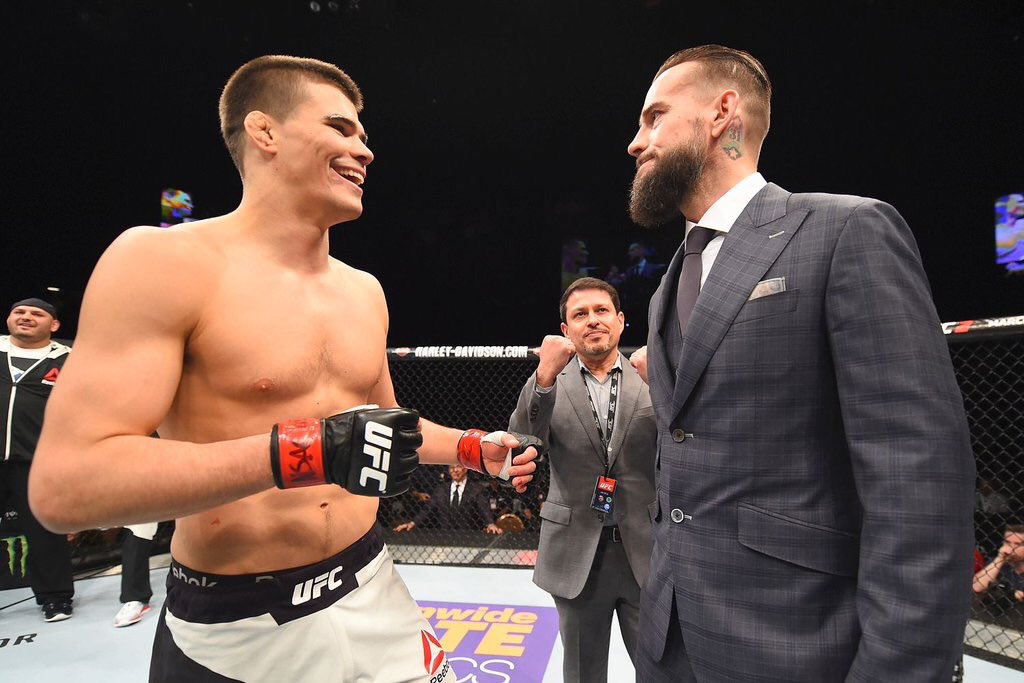 After the no fist raise staredown, Gall predicted a first round Go To Sleep result for the former WWE world champion in his UFC debut. Gall is now in the UFC and he wants to crush the dreams of all pro wrestling fans when he taps out or knockouts CM Punk.

This UFC 196 Dos Anjos vs. McGregor Feeling Good trailer is better than all the UFC made promos
Read Next Post →
Click here to cancel reply.