If you stumble into Canada as a tourist, the first things you’ll notice are that Canadians love the outdoors, they casually refer to their currency “loonies” and “toonies”, and they’re calm & collected until they congregate around an ice rink. From that point on, they’re like Americans with speech impediments. Whoever named Lacrosse the national sport of Canada drank so many Labatt’s that day he must have forgotten Hockey existed. That’s a lot of beer; coincidentally another thing Canadians are known for consuming.

We don’t know how it came about, but former Montreal Canadien’s forward Georges Laraque decided to add his name to a list of professional athletes who have actively expressed interest in competing in MMA. He’s in good company with guys like Chad Ocho Cinco, Jose Canseco, Herschel Walker, Mariusz Pudzianowski, and Shaquille O’Neal. Watch GSP entertain Laraque with a grappling match, talk about his perfect wrestling technique and remind retired professional athletes everywhere that MMA is a bit harder than it looks. 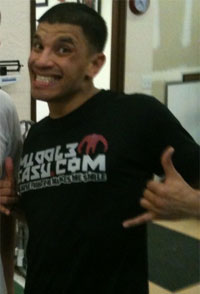 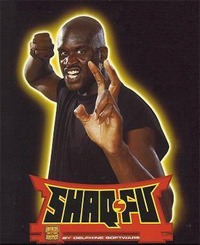