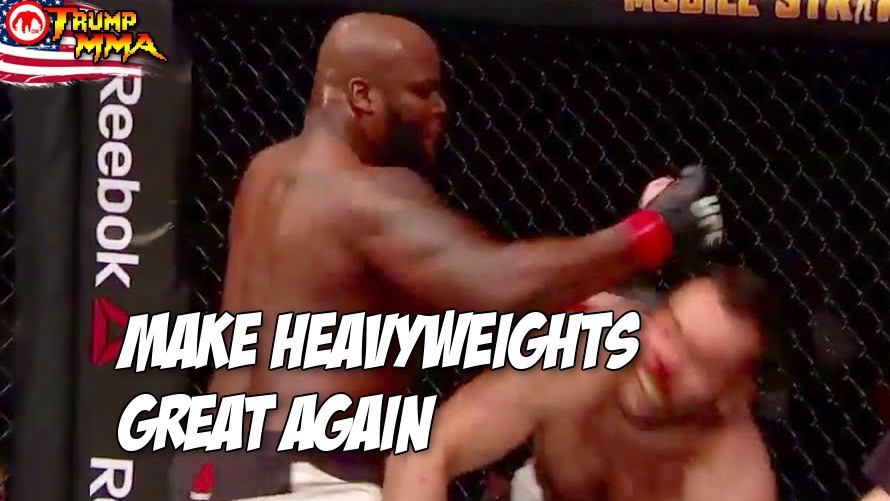 Derrick Lewis is running a personal campaign to Make America Violent Again and who are we to disagree with him? At UFC Fight Night Zagreb, Lewis knocked Gabriel Gonzaga into another dimension of both time and space. Lewis punches really hard and can likely create black holes with his punching power.

Fresh off the biggest win of his career, Lewis is the new best thing to enter the UFC’s heavyweight division. In a division filled with the same old, same old, Lewis speaks his mind and will provide a new perspective to the stagnate MMA heavyweight landscape. Let Lewis make UFC heavyweights great again and watch him give a shout out to Republican presidential frontrunner Donald Trump as the UFC Fight Night Zagreb press conference closes out.

Interview: Ben Askren tells us about his new 6-fight deal with ONE, crushing melons, and Hendricks beef
Read Next Post →
Click here to cancel reply.