After just joking around with the idea of Rampage Jackson v.s. Wanderlei Silva 4  today and the poorly Photoshopped Fedor tease earlier this week, it looks like from this post just an hour ago on Silva’s official Instagram that he has all but confirmed he’ll be fighting for Rizin.

“Offering and WAND FIGHT In BOX B !! http://m.facebook.com/fightinboxoficial just met with Sakakibara RIZIN promoter former Pride here in Texas ! Soon I have good news about my return to the ring!”

After the retroactive suspension Silva received, it’s not just the only option Silva has, but probably the most awesome. Any fight with the Axe Murderer returning to Japan would be huge, but a fight with Fedor would be outright astronomical. 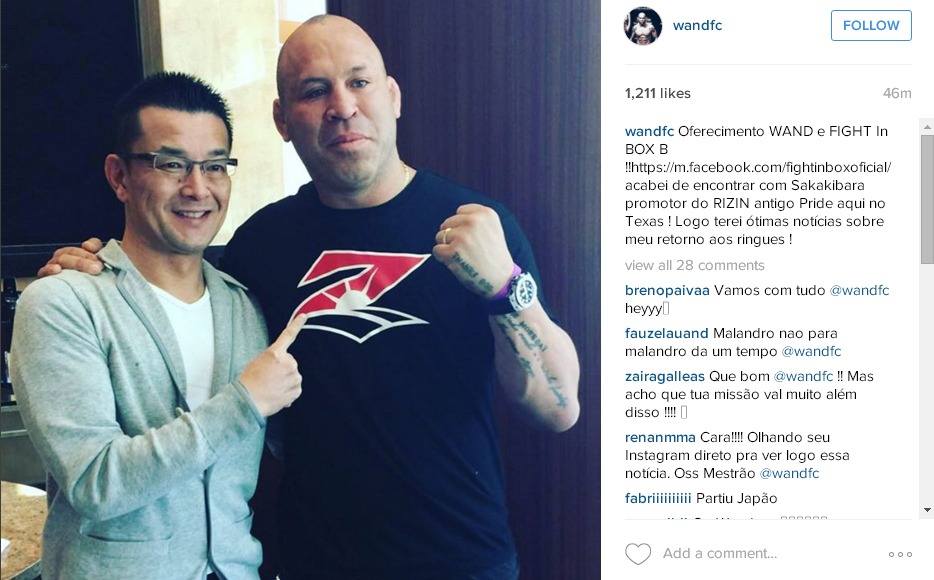 Replay: Kimbo Slice buries Dada 5000, wins by moving to his left and Dada falling down
Read Next Post →
Click here to cancel reply.