Rampage Jackson Was Going to Return Against Chael Sonnen

Remember that huge pro wrestling/boxing/MMA event we broke the story on called UR Fight that happens on March 20th? Just one of the crazy match-ups on the quadruple main event card is Chael Sonnen and Michael Bisping in a sub-only grappling bout. However, it turns out the original opponent was none other than Quinton “Rampage” Jackson.

After the announcement on Tuesday that Rampage would be returning to Bellator, we now know he wasn’t able to appear on the card due to conflicts with his Viacom contract. With potential fights with Tito Ortiz (take two), Emanuel Newton and a King Mo rematch in the Light Heavyweight division, waiting for a Rampage return seems worth it.

Not only that, but with a huge possibility of Rampage being able to also fight in Rizin and the continued tease of Wanderlei Silva joining Bellator, we could (only) have Rampage vs Wanderlei 4 in Japan! Winner fights Fedor! Pride never dies! 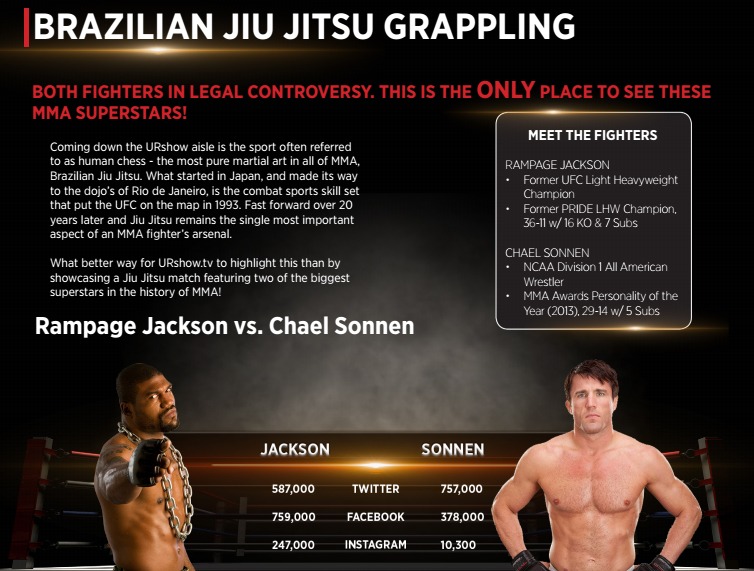