To surprise of many there is an UFC Albany Fight Night on Friday night and to the surprise of no one Joe Silva gave the MMA world one last memorable facial expression. During the Francis Ngannou vs. Anthony Hamilton co-main event (Editor’s Note: Co-main event???? LOL) face off, a wild Joe Silva was nearly crushed like some loose bubble wrap between the two massive 205ers.

As of press time Silva walked off the stage unharmed. Stay tuned for further updates. 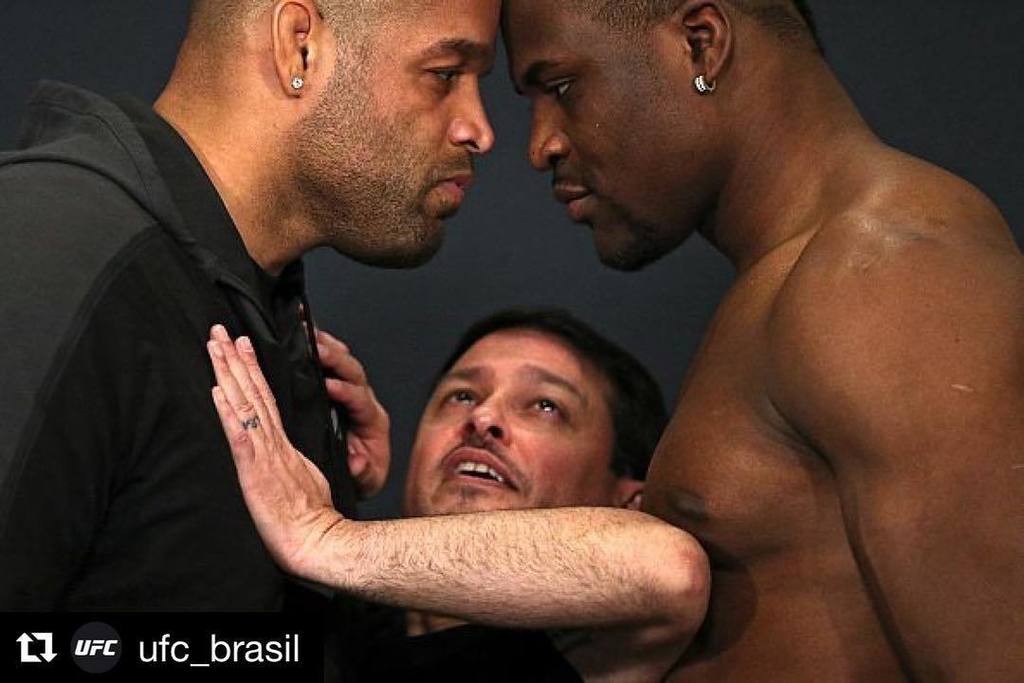