Watch: Horrified cutman can’t handle all that smoke or those slaps 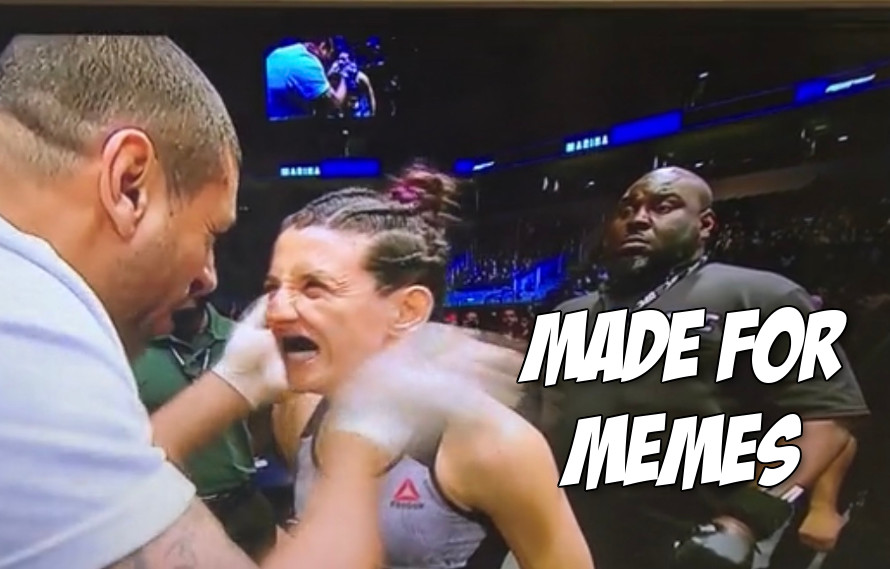 Bless this brave cutman for weathering the storm. Right in the eye of the hurricane and cutman Brandon Tate just looked right into.

In this very specific scenario Marina Rodriguez is our severe tropical storm. Rodriguez just took an El Nino to the face. “To the face!” *extremely Joe Rogan voice*.

Our man without an umbrella is combat sports cut person Brandon Tate. You may remember Tate from such MMA moments as that time Josh Koscheck tried to choke him on TUF. Tate was helping out Team GSP and just talked so much trash to Koscheck.

The only comeback Kos could muster from his head was to call Tate a “male nurse” over and over again. In terms of TUF moments? Yeah, this one was a classic. Koscheck tried to choke the hell out of Tate and brawl nearly ensued. Don’t recall GSP was during any of this but oh well.

Fast forward like eight MMA lifetimes later and Tate is back being a MMA meme.

Before Marina Rodriguez’s fight with Tecia Torres at UFC Uruguay, her coaches slapped her for bonus points. Like lots of slaps. So many slaps that cutman Tate looks visibly shaken by the whole ordeal.

Just MMA things. No need to be worried.

Tate has a come to Jesus moment where he sees his life flash before his eyes. Just look deep into his eyes. They say if you look at Tate’s eyes long enough, you can see your future.

Important Update: Our dude has been doing this for weeks. Made for memes.

Floyd Mayweather Declares He Knows The 'Best MMA Fighter In The World'
Read Next Post →
Click here to cancel reply.