Marlon Vera: Aljamain Sterling Should Be Next For Title Shot Over ‘One-Round Fighter’ Marlon Moraes 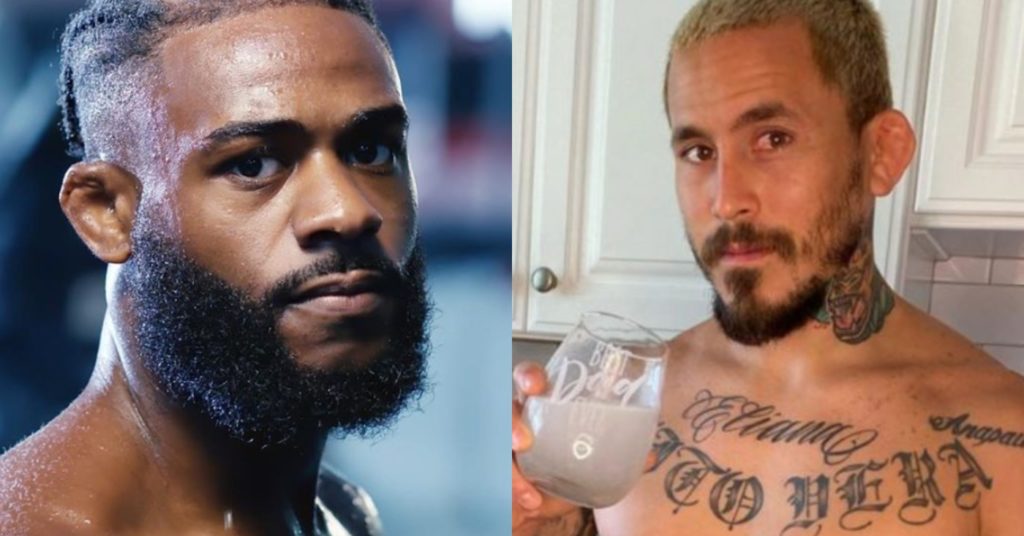 For Marlon Vera, there is no question about it — Aljamain Sterling should be next in line for a title shot.

Following Petr Yan’s fifth-round TKO win over Jose Aldo to become the new undisputed bantamweight champion at UFC 251 earlier this month, the question turned to who he should defend his title against first.

Many in the mixed martial arts world seem to be in consensus that it should be Sterling, who is on a five-fight winning streak following his impressive first-round submission win over Cory Sandhagen at UFC 250 last month.

However, UFC president Dana White remains unsure as he has repeatedly refused to name “Funk Master” as the next in line. Marlon Moraes, meanwhile, has campaigned to be next in line as he is coming off a win over Aldo and notably knocked out Sterling, albeit back in 2017.

However, he received a title shot just over a year ago and failed when he suffered defeat to Henry Cejudo despite dominating the fight early on.

That is a major reason why Vera believes Sterling should get the next title shot as he had some strong words for Moraes — who he believes broke in his defeat to Cejudo.

“There’s not even a question, Aljamain Sterling is the number one challenger, like 100 percent,” Vera said on The Luke Thomas Show. “I see Marlon Moraes crying [saying] he KO’d these two guys, Sterling and [Jimmie] Rivera. But I’m like buddy, against Cejudo, you break.

“One thing is losing, we all can lose. I don’t give a f*ck who you are. … you’re going to lose at some point. Marlon Moraes lose like breaking. … When you lose in a fight like that when you’re beating your opponent and your opponent is taking it and he’s coming back to fight, that is when you go, ‘let’s f*cking die.’ But he just break. … That’s a one-round fighter. That’s not good. Number one challenger is Sterling.”

🎥"There's not even a question, Aljamain Sterling is the number one challenger, like 100 percent." – @chitoveraUFC explains why 'The Funkmaster' deserves a title shot over Marlon Moraes 👊#TLTS@lthomasnews pic.twitter.com/yMbDemAcW3

It will be interesting to see if Moraes responds to Vera’s comments, but one thing is for sure — Sterling is definitely more than deserving of the next shot.

Mike Tyson vs Roy Jones Jr. Will Only Have A Winner If There Is A Stoppage Or Cut
← Read Last Post

Darren Till Says He Wants To Avoid Wars To Stop From Having Slurred Speech Like Gaethje And Holloway
Read Next Post →
Click here to cancel reply.