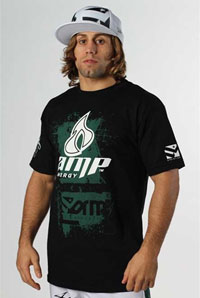 Urijah Faber is still that guy to beat, I just don’t want to nominate myself to be the guy that tries to beat him. I’ll take his word for it, even when he says he’s invincible. Urijah Faber fights like all of those little ninjas in the Shinobi bonus stage where you have to throw stars at them. That’s a pretty long stretch for a reference, I know. However, there has to be someone out there that remembers rocking out to that game at the arcade inside the skating rink back in the day. In an interview with MMAWeekly, Urijah Faber gives a convincing reason why he will be victorious at WEC 48 on PPV this Saturday and you know what…I believe him.

“Had I not lost those two fights to Mike Brown, I’d be the guy that’s invincible, and so on and so forth. So it’s just a couple small mistakes that made that difference. In my head I’m still invincible, he’s going to have to get in there and prove me wrong.”

“In my head I’m going to beat him up. It wasn’t that intimidating watching him fight Brown. Brown didn’t look very tough. It was a close first round, and Brown did some horrible stuff on the ground. He kind of got shoved down, off like half of a double, and then turned over to his belly. Those punches didn’t even look that deadly on top of him, he just had the legs in, so that’s not that intimidating to me.”

“I’m going to need to be unconscious for this fight to end. I think everyone at home knows that. You could cut off a leg or do whatever you’re going to do, and I’m going to keep hobbling after the guy, and try to take him out. And I’ve got a lot of ways to win.”

Don’t think Urijah Faber will be KOd easily, dude has a chin. Well, the dude has two chins, one is for back-up in case the other one fails. Programming Reminder of the day: WEC 48 will not air on Versus. If you want to watch Aldo vs. Faber, you will need to shell out the $54.99 for the PPV broadcast on April 24th. If you’re broke, just catch the preliminaries on Spike TV. [Source] 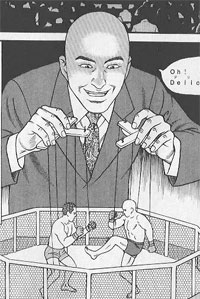