Posted on Last updated: September 8, 2009 By: Author Team ME 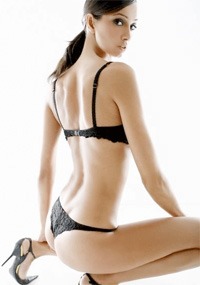 It looks like the complete onslaught of UFC on UK soil has been expanded with Channel Five’s recent announcement that they will be airing select fights starting with the Big Nog vs. Randy Couture bang fest of UFC 102. So we’re assuming that you haven’t read any of this since you probably haven’t peeled your eyes away from that chick on the left of all these ‘word things’ getting in the way. Her name is Laura Esposto and she hosts Channel Five’s Football Italiano. There, just one more reason to pack up your bags and move to the UK. Check out Channel Five’s press release regarding the new deal:

“This is a huge step for the UFC in the UK. We are delighted to partner up with FIVE – who are trailblazers in their approach to both sports and programming – and bring the best bouts and the world’s greatest fighters to the largest possible audience. We know we are going to create a whole new generation of UFC fans on FIVE. The UFC continues to smash records at the biggest arenas in the British Isles for our live events and form partnerships with the biggest names in British broadcasting.”

This article goes out to my UK buds Eddie and Sean, of which we’ve spent many sleepless nights doing highly illegal stuff and managed to cleverly evade all authority. Note to all: living in Wales sucks. [Source] 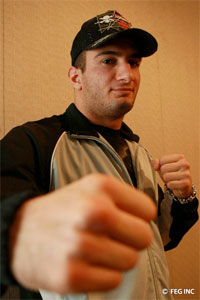 Gegard Mousasi is OUT of the Super Hulk Tournament
Read Next Post →
Click here to cancel reply.