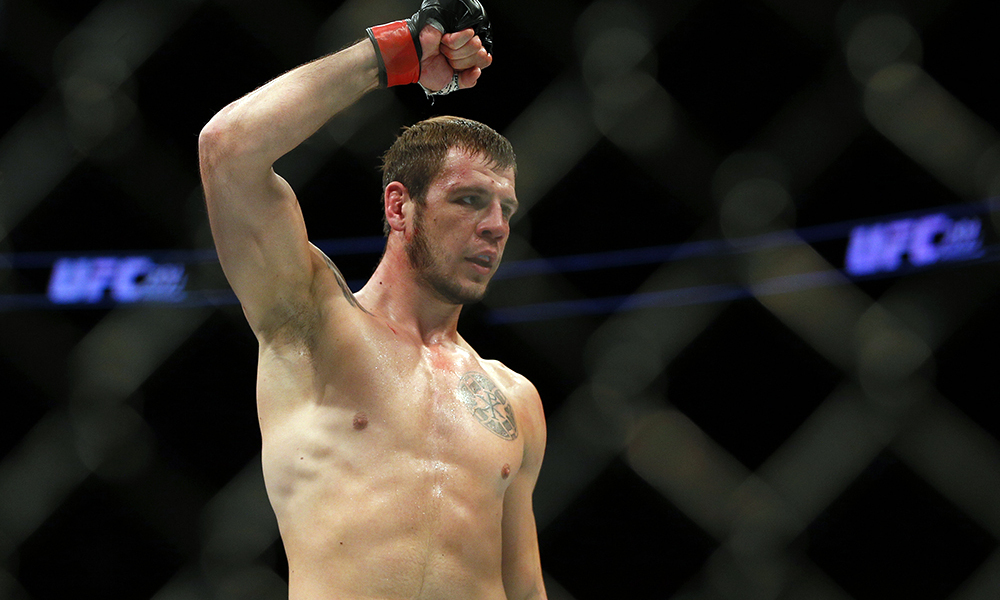 Maldonado is notoriously durable and has really only been stopped by strikes once before, against current heavyweight champion Stipe Miocic. Otherwise, the Brazilian slugger has hung in there with the likes of Fedor Emelianenko and Quinton “Rampage” Jackson and hasn’t been knocked out.

Krylov leveled a bloodied and battered Maldonado against the cage in round two, taking the Brazilian’s Fight Nights Global light heavyweight title in the process.

Krylov is now on a four fight win streak since parting ways with the UFC, with all four victories coming by way of finish. Prior to the Maldonado fight, “Al Capone” knocked out former Bellator champion Emanuel Newton with a knee in 43 seconds flat.

The Ukrainian-Russian was on a five fight win streak while in the UFC before a submission loss to Misha Circunov sent him packing from the promotion. Krylov won some big fights and lost some too, but now seems to have hit his stride at 26-years-old.

Krylov was ranked in the top 15 when he was a released from the UFC.

Does Krylov deserve another shot in the UFC after knocking out Fabio Maldonado?