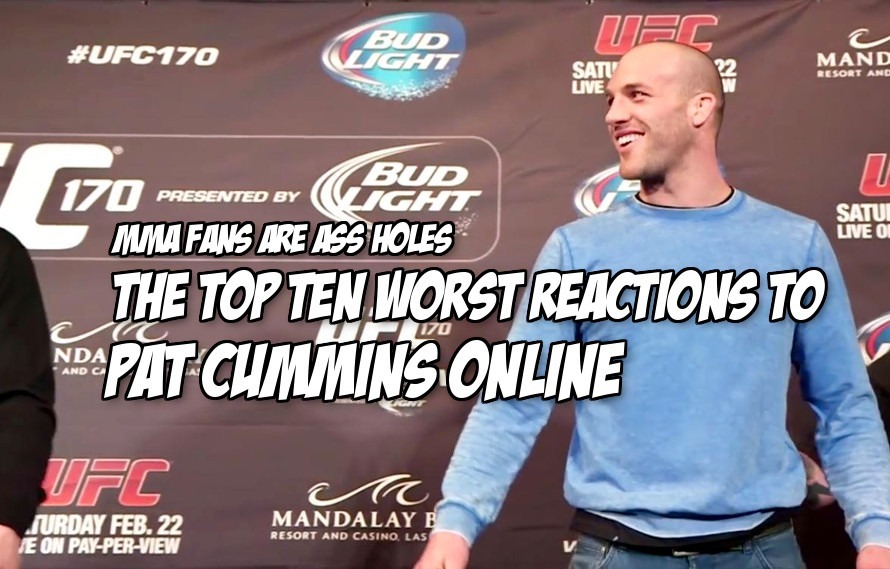 Sorry, Pat Cummins. We have a New Year’s Resolution for the entire MMA community, when interacting with fighters online try to be less of an asshole? The latest shining example of the online MMA fan base eating their own faces was during a recent interaction with UFC light heavyweight and former Daniel Cormier challenger Patrick Cummins.

Don’t get us wrong, maybe most MMA fans aren’t complete assholes but most of the loud ones online seem to have not one ounce of compassion.

Cummins has been a UFC fighter for over two years and has compiled a 4-4 record in a weight class that has been thin for nearly half a decade. As a professional athlete, Cummins should in theory be making a good living and not have to worry about being homeless

The story of Cummins online hazing actually begins when former UFC bantamweight champion Carla Esparza was forced to sell the motorcycle she won on The Ultimate Fighter in order to pay her bills. When Cummins responded to Esparaza’s plea for help, he also revealed that he is currently homeless and has even slept in a tent some nights. 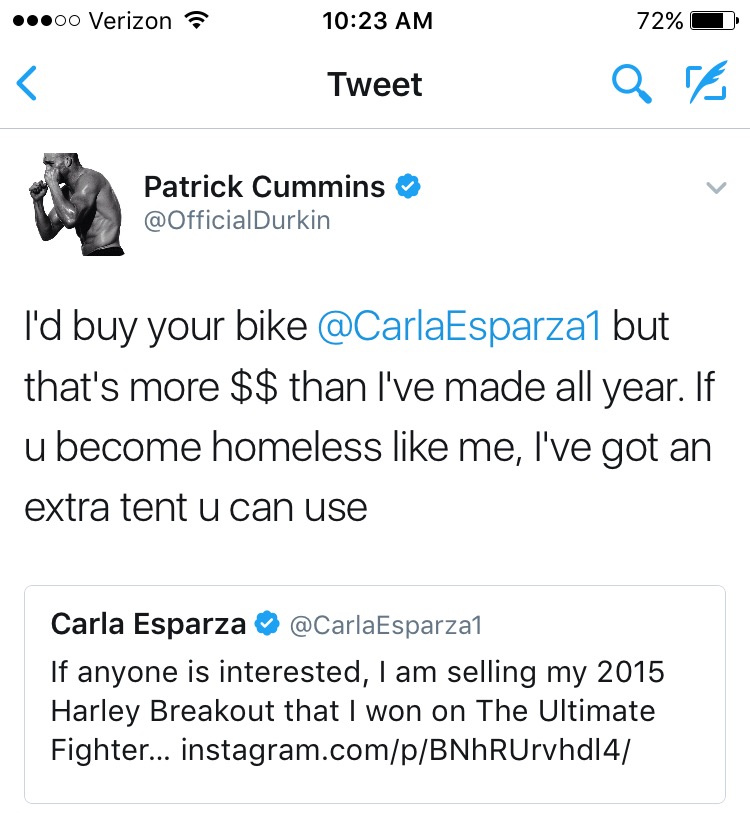 Then Dana White fired back at Cummins and claimed he made $300,000 for the UFC 170 fight with Cormier. 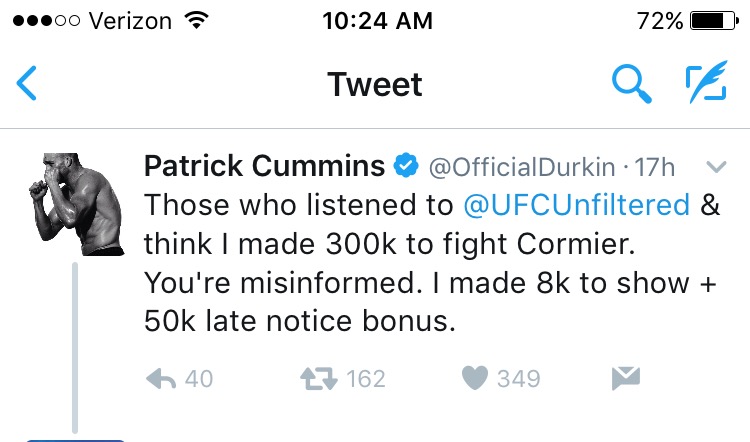 Oh no! An UFC fighter just complained about low pay online, let’s see how MMA fans take this news? Yup, a whole bunch of MMA assholes decided to attack Cummins and defend the UFC’s pay scale. Tis the season of not giving a shit about your fellow man. So here are the top ten worst reactions to Pat Cummins online confession that he is homeless.

10. This person is an asshole 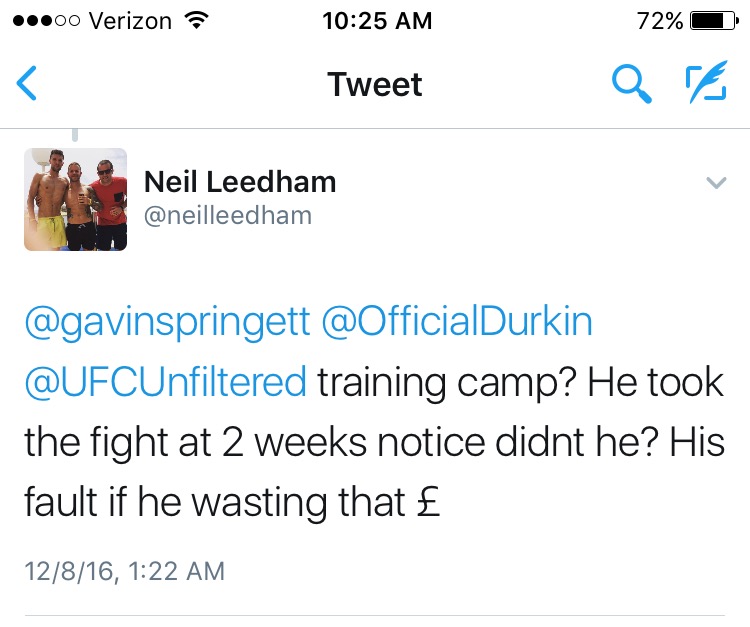 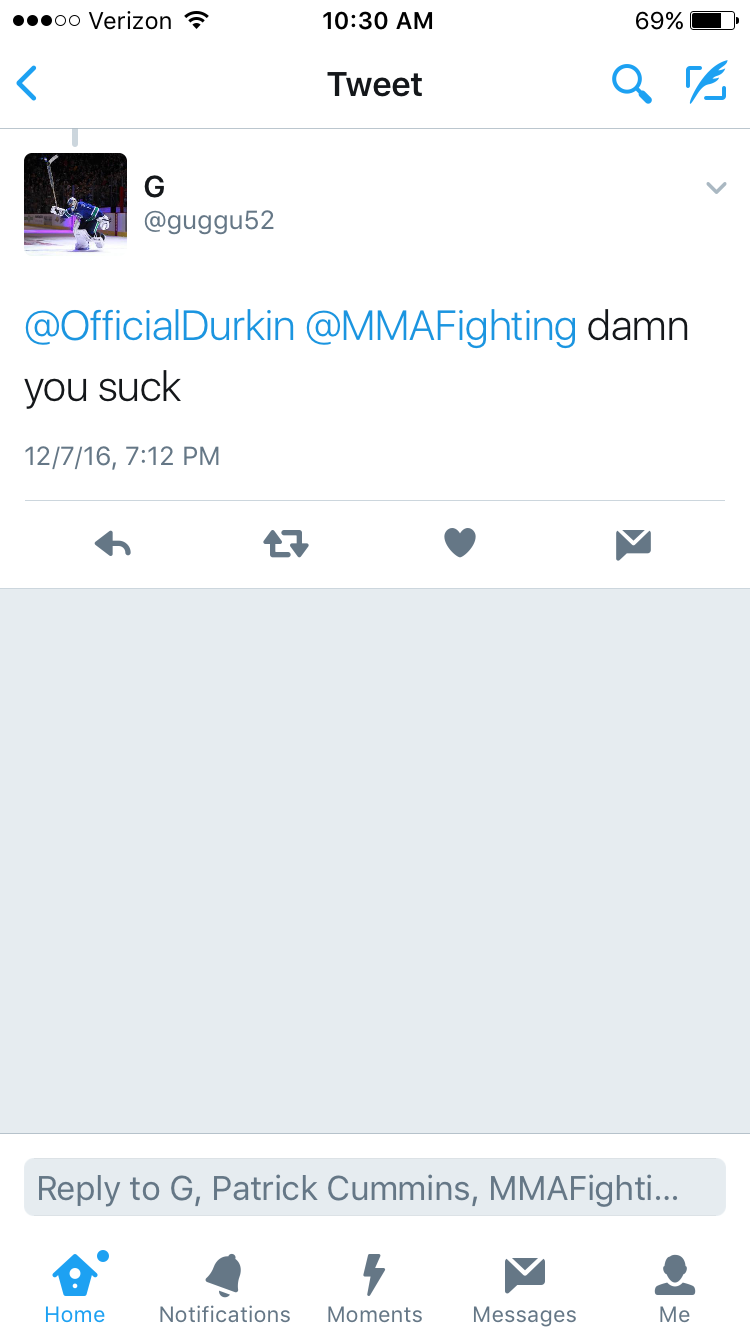 8. What an asshole thing to say 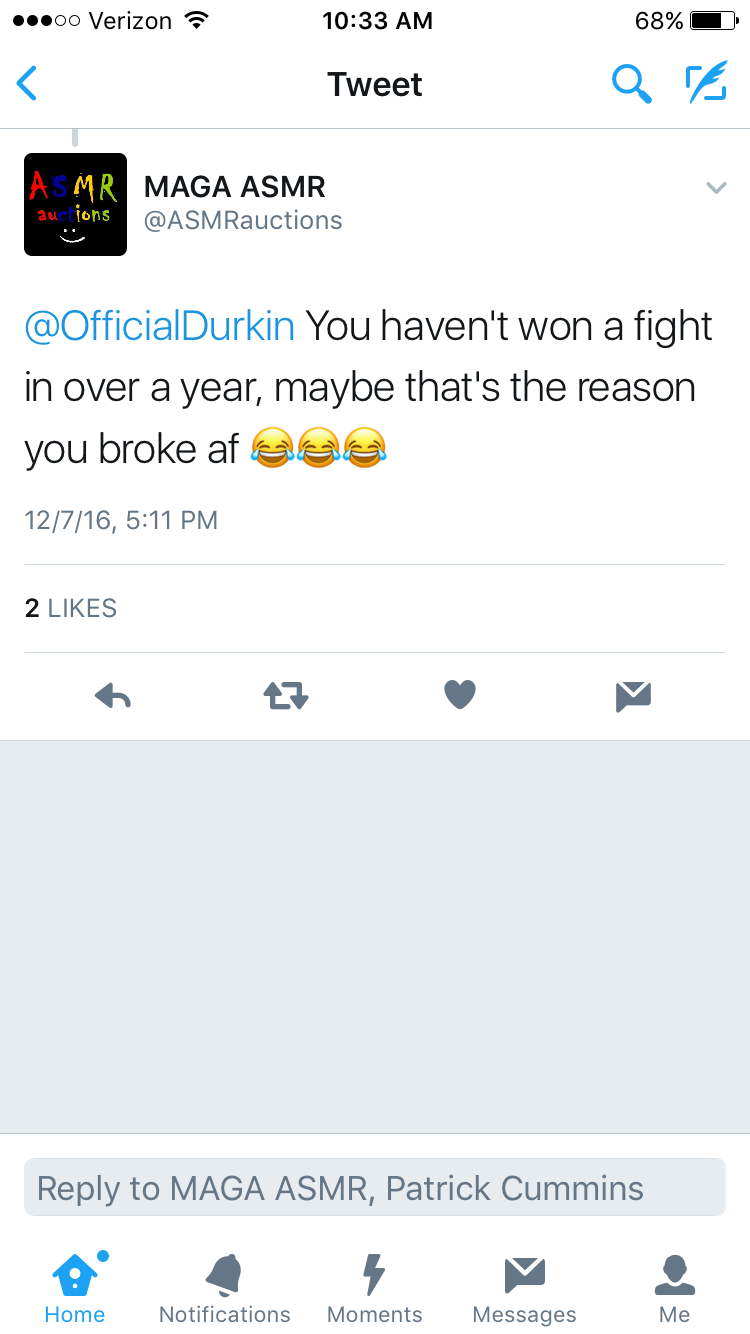 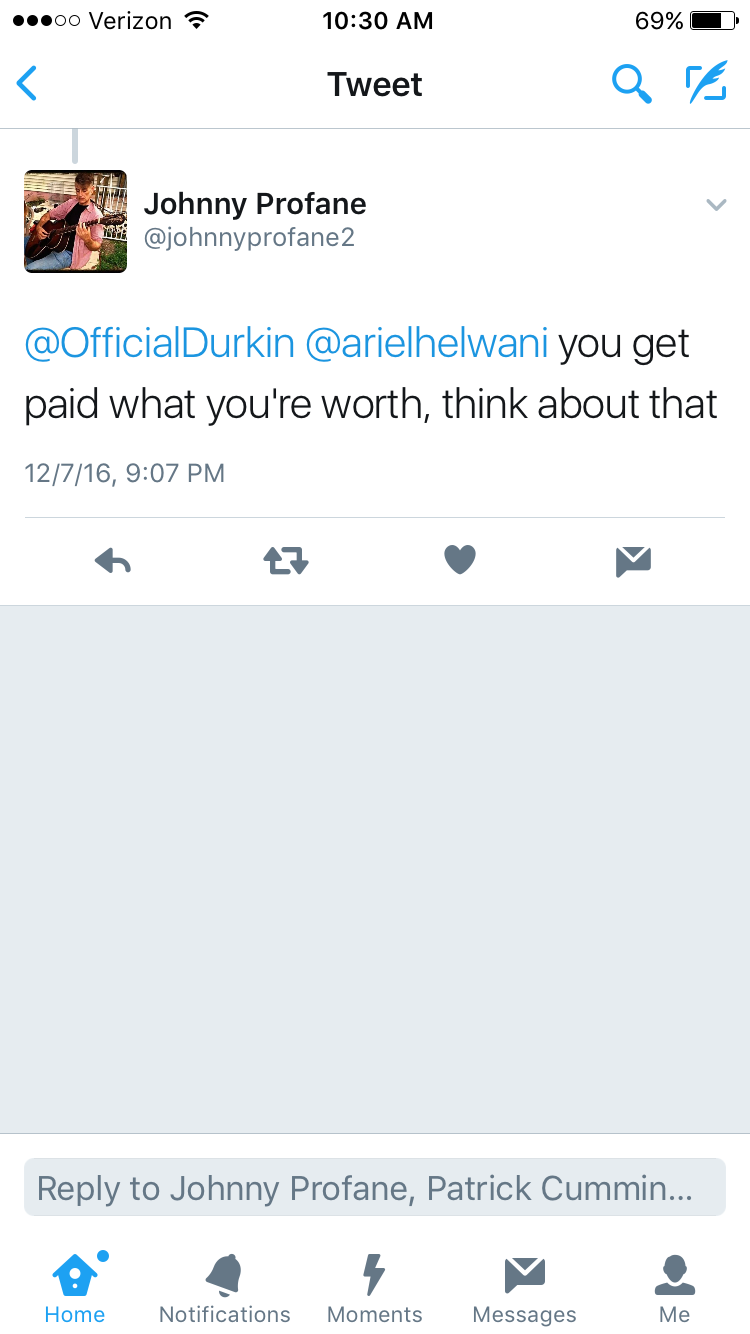 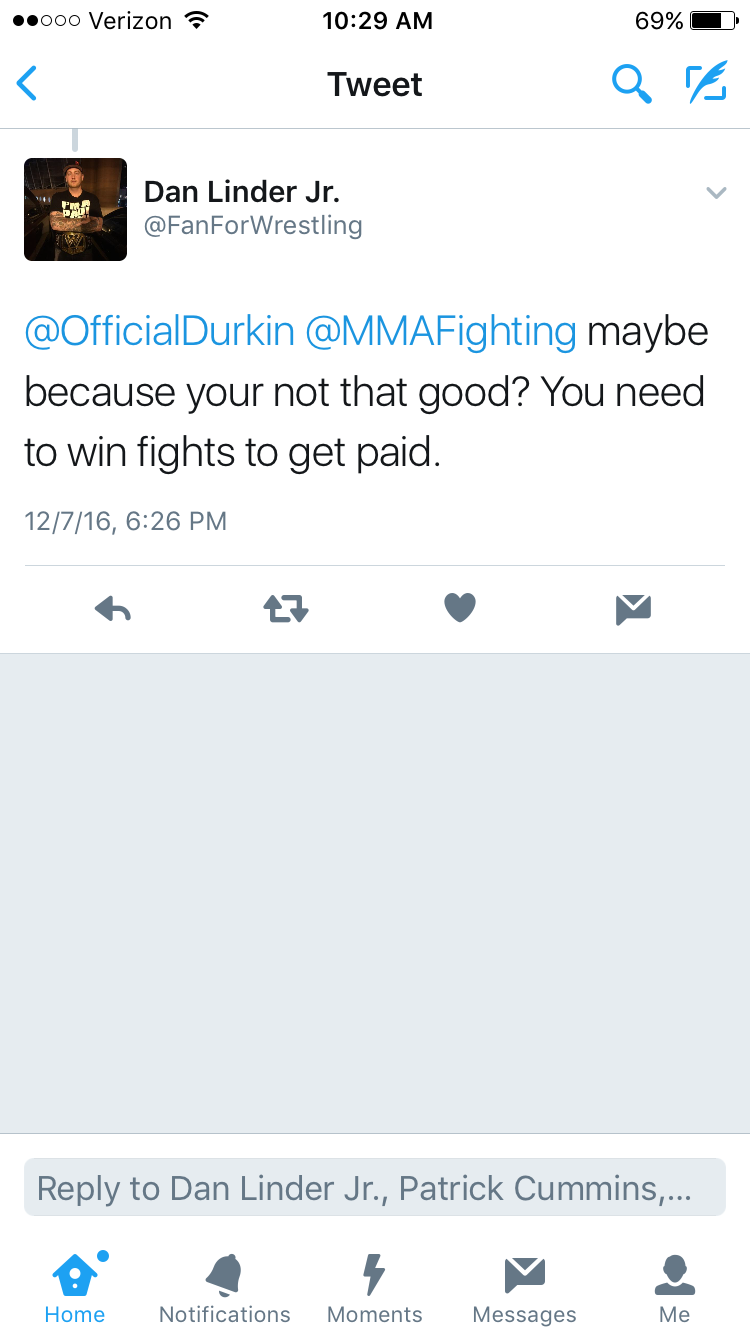 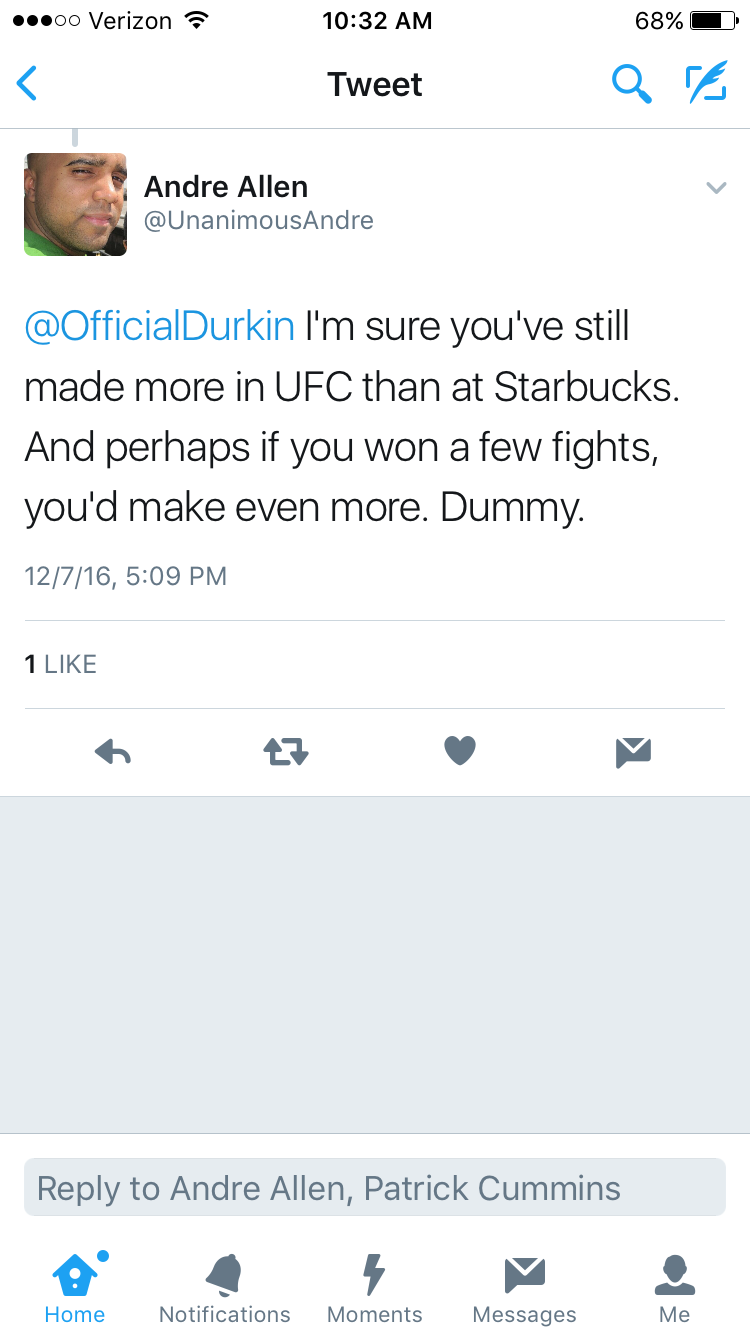 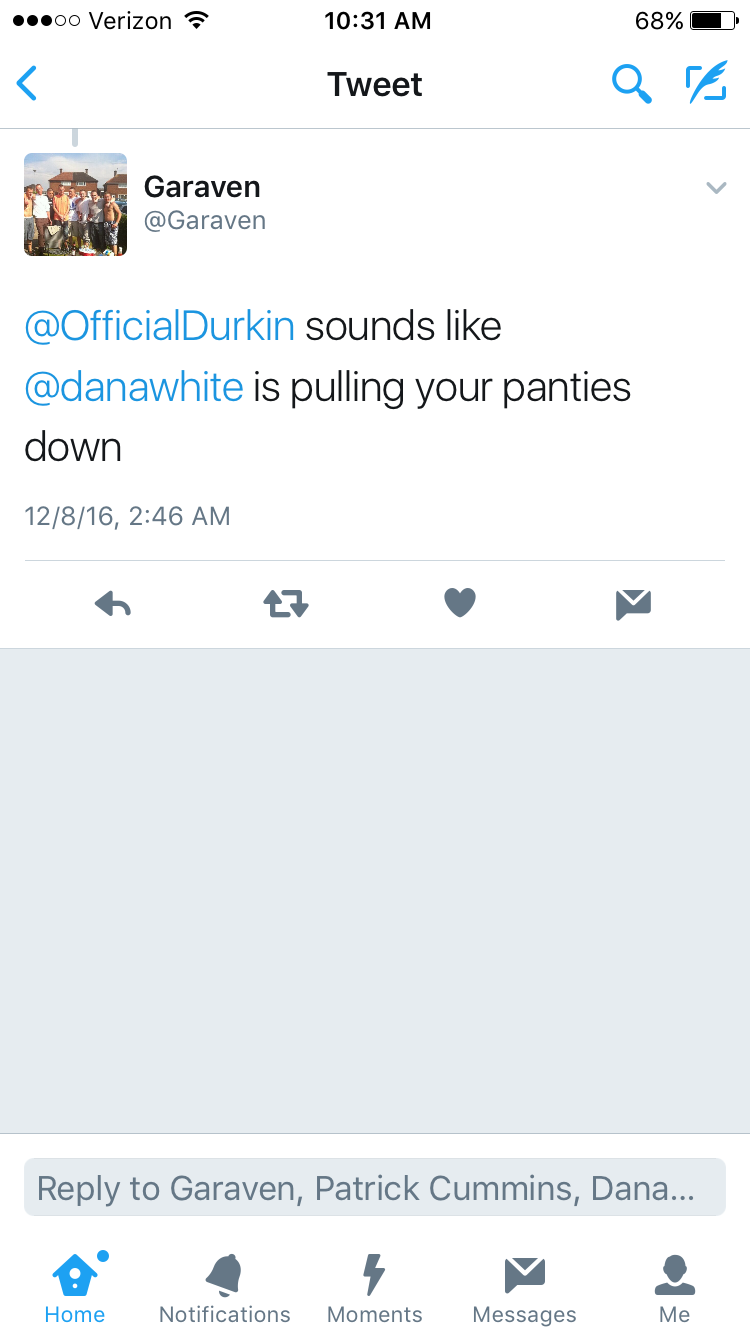 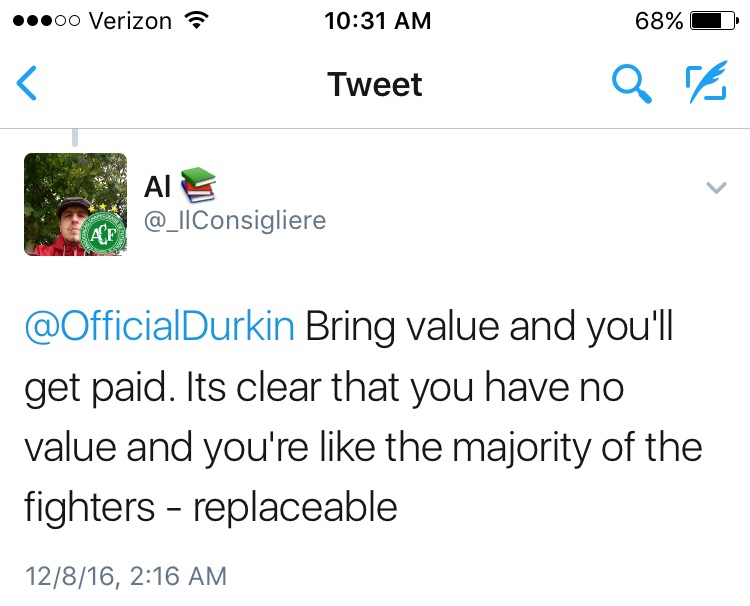 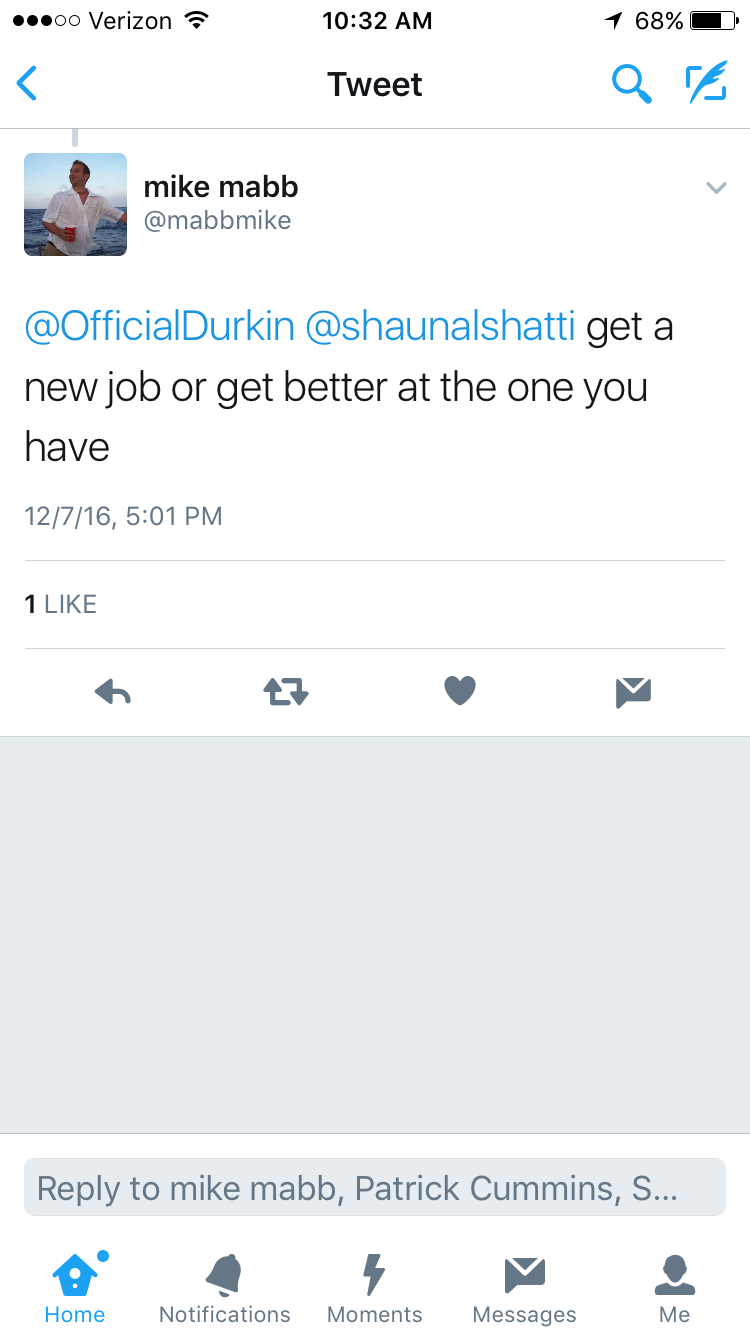 1. Who the fook is that asshole? 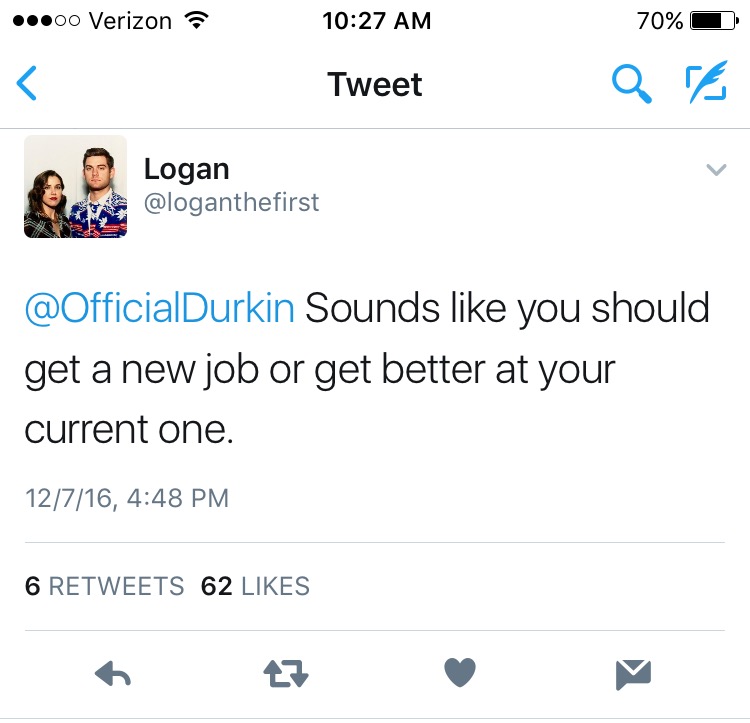 Sorry Wonderboy and Maia, Nick Diaz is free and Tyron Woodley wants to fight him at UFC 209
← Read Last Post