Just here for the UFC stans to be honest. Mike Perry is broke and a lot fans still won’t take off their UFC onesie.

Look everyone has a stance on fighter pay. If you’re a fan who wants to take the side of an over four billion dollar company? That’s on you. The UFC is about to add another wing to their Las Vegas campus, can’t be giving the fighters too much money now.

There are real humans online who feel the need to defend the UFC. Like their goal is to put less money in fighter’s pockets and more into a very large corporation. You do you, but MiddleEasy will never understand not wanting to get these men and women more coin.

In human history, once upon time, the UFC was hurting for cash. Spike TV, a booming pay-per-view business, top shelf sponsors lining the cage, deal with Fox, Reebok, money from UFC Fight Pass, ticket sales, site fees, huge deal with ESPN, and many other streams of revenues have fed the big bad UFC.

Hardcore fans of the UFC? Your four billion dollar company is going to be okay. It is not hurting whatsoever. MMA and the UFC is here to stay.

So UFC stans, defend yourself against Mike Perry. Our problematic Florida gentleman took to Instagram to vent about his low UFC payday. 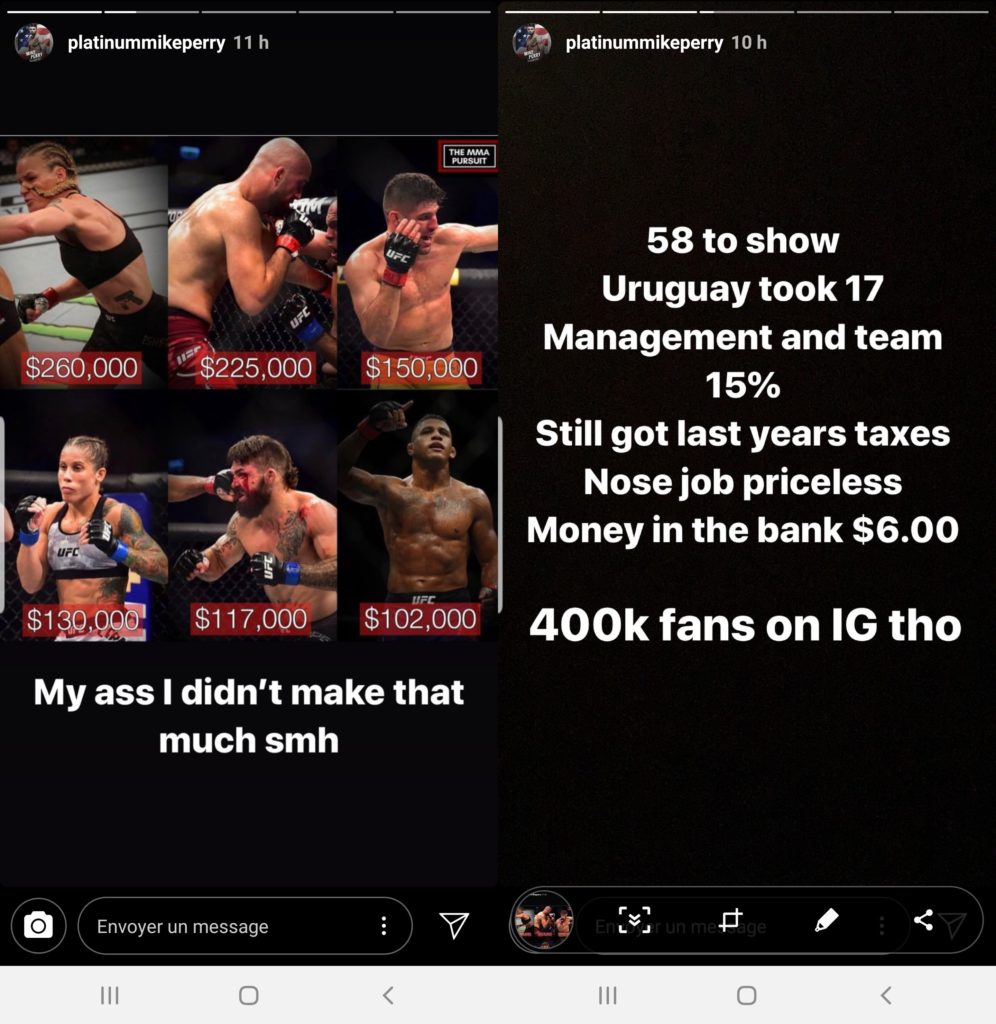 At least the UFC paid for the facial surgery? Those W-9 numbers are real. To sum it up; pay Mike Perry and all MMA fighters who lay their bodies on the line a lot more money. This is an evergreen take, it will not change until the UFC does something about it.

We need to unionize. This wouldn't happen on any other sport.