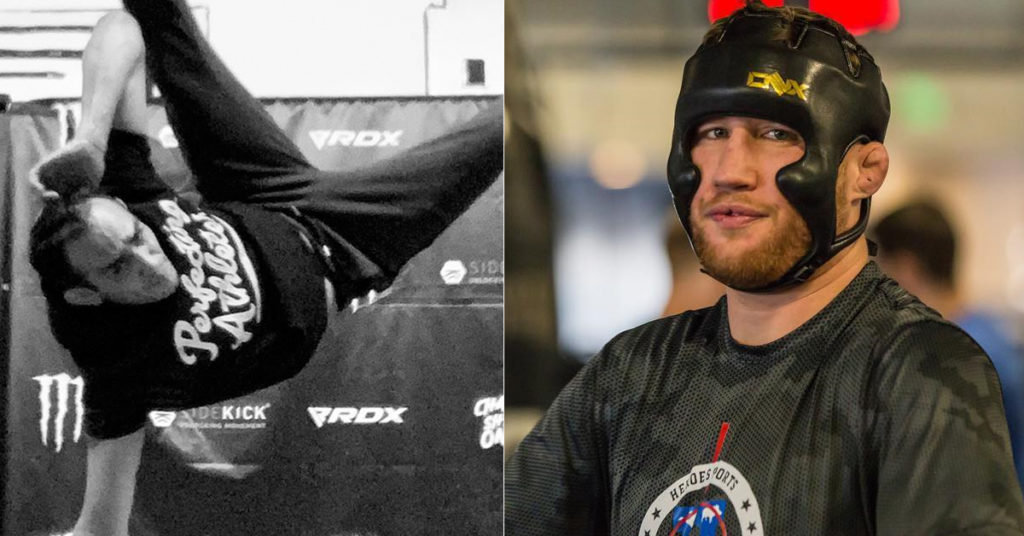 Ferguson Says Gaethje Will Get His Ass Kicked At UFC 249

Earlier this week UFC president Dana White announced that Tony ‘El Cucuy’ Ferguson will take on Justin ‘Highlight’ Gaethje in the main headliner of UFC 249 for the interim lightweight title. Ferguson was originally expected to face UFC lightweight champion Khabib Nurmagomedov but unfortunately, due to travel restrictions related to global virus halt their fight for the fifth time.

Gaethje is stepping in on a short notice fight and basically has no training for this fight but in a recent interview ‘Highlight’ said he’s confident in his skills and plans on to put Ferguson on sleep.

Ferguson ahead of their matchup released an epic promo in which he said no matter who the opponent is he’ll get the job done.

“I don’t know what I’m trying to accomplish man. I just know when we talk about the fight, people keep smiling,” Ferguson said. “No matter who they put in front of me, like I said in The Ultimate Fighter, this is a tournament. I’m gonna go in there and do my job as best as I can.”

Obviously for months ‘El Cucuy’ was training for Khabib fight but now he’s saying Gaethje is in the frame as this dude will get his ass beaten.

“Khabib was gonna get his ass kicked, but he’s no longer in the picture as far as I’m concerned. We got Justin Gaethje,” he added. “They call him The Highlight? I’m gonna give him a highlight of his own. I’m gonna hit him so hard, that dude is gonna see stars.”

At the end of the video, Ferguson throws shade on both Khabib and Conor Mcgregor.

“I ain’t got no message for Khabib or Conor. As far as I’m concerned, both those dues are retired. They just need to put it down and walk away. That’s what I told them to do a long time ago. This is a real man sport, man. These guys are a bunch of pu**ies.”

What do you think of this new main event of UFC 249?

Ali Abdelaziz: Conor McGregor Didn't Step In Because He Knew Tony Ferguson 'Would Beat His A**'
Read Next Post →
Click here to cancel reply.