With all of this recent EA Sports MMA hype, we seem to forget the little things like…waking up to a roach inside your bag of Peach Rings. When you have to share your food with an insect that can withstand the blast of an atomic bomb, it’s a definite honor. Such an honor that I decided to give the roach the entire bag of peach rings as a sign of respect for his post-apocalyptic survival skills. It’s the least I can do.

Strikeforce LA is just a day away from slapping your television with some catch-weight goodness, however you’re probably unaware of the championship battle that goes down at E3 and it involves extreme hand control. Alright, not that hand control. It’s not Friday night inside your bedroom. King Mo will compete for the EA Sports MMA Championships at E3, the Electronic Entertainment Expo against an EA developer. The event will stream live at the official EASports MMA site but until then, check out the amazing video made by our buds at All Elbows of King Mo preparing for greatness. 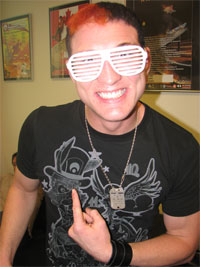