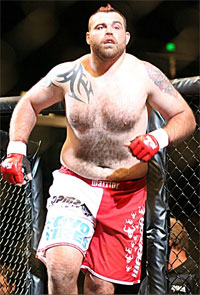 Ever since Lawman appeared on A&E, I’ve watched to see the first guy to disrespect Steven Seagal just so we could see him retaliate with some kind of ritualistic Akido moves from Under Siege 2. What a disappointment. Dude just rides around in the passenger seat of a car with the local police department and signs autographs. They should have just gotten Gina Carano to be Law-Woman. I’ll bet she’d run up into a crime scene and feed those criminals a steady-diet of knees until they learned their lesson. I’d probably make a cameo in every episode of that show as a constant-offender just so I could live out that fantasy of Gina assuming full mount on me. I wouldn’t even mind the elbows raining down on me. The light at the end of the tunnel is getting padded down by Gina Carano.

I don’t even know why I just went into all that. Gina Carano or Steven Seagal have nothing to do with this article. It’s the morning of UFC 111 and my head is spinning as I get ready to head to the Prudential Center to take my cageside seat. I stumbled on the news that since Tim Sylvia has been applying for a part time job as a police officer since he found out that DREAM 14 was canceled:

– Test for the police department today. 6:48 AM Mar 21st
– Test went well. 12:56 PM Mar 21st
– Police inteview [sic] rt now hope I get the job. about 16 hours ago
– still going to fight just a part time thing. about 3 hours ago
– did written then physical and had first inteview [sic] last night everything has gone great so far. about 1 hour ago

You can read the rest of the twitter feed here.

Let’s face it…Tim Silvia would probably make a great police officer. Dude obviously has great work ethics, a background in kicking-ass and he’s taller than most criminals who stunted his/her growth early in life with crack. As long as Fedor or Ray Mercer obey the law, it’s safe to say Bettendorf, Iowa will be a safe place under The Maniac’s watch. 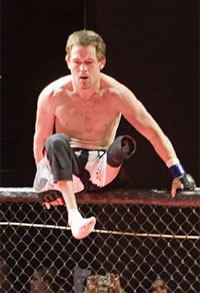 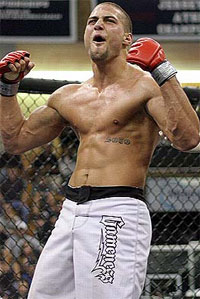