This Shinya Aoki vs. Eddie Alvarez poster is something we can believe in

Bellator’s Shinya Aoki vs. Eddie Alvarez II bout goes down on April 20th, at the I-X Center in Cleveland, Ohio. I guess we can automatically assume LayzieTheSavage, Joe Rogan and Eddie Bravo will be too preoccupied with their ‘herbal sacrament’ to even care that day. Bummer, because before 2012, no one even believed a bout of this magnitude outside of ZUFFA was even capable. Sure it’s not the highly anticipated (and expected) Gilbert Melendez vs. Eddie Alvarez match-up that the entire MMA world salivated over for the past two years — but it is Shinya Aoki vs. Eddie Alvarez. Some props need to be given to Bjorn Rebney for placing his former Bellator lightweight champion in the path of a guy that did this to him a few years back at Dynamite!! 2008:

Take note that the 2012 Eddie Alvarez is an entirely different human being than he was at 2008 — however now that Shinya Aoki has been training with muay-thai champions at Evolve MMA, the same applies for him. We’ll be eagerly watching this fight on 4/20, while celebrating the day accordingly. See you in then, in the future. 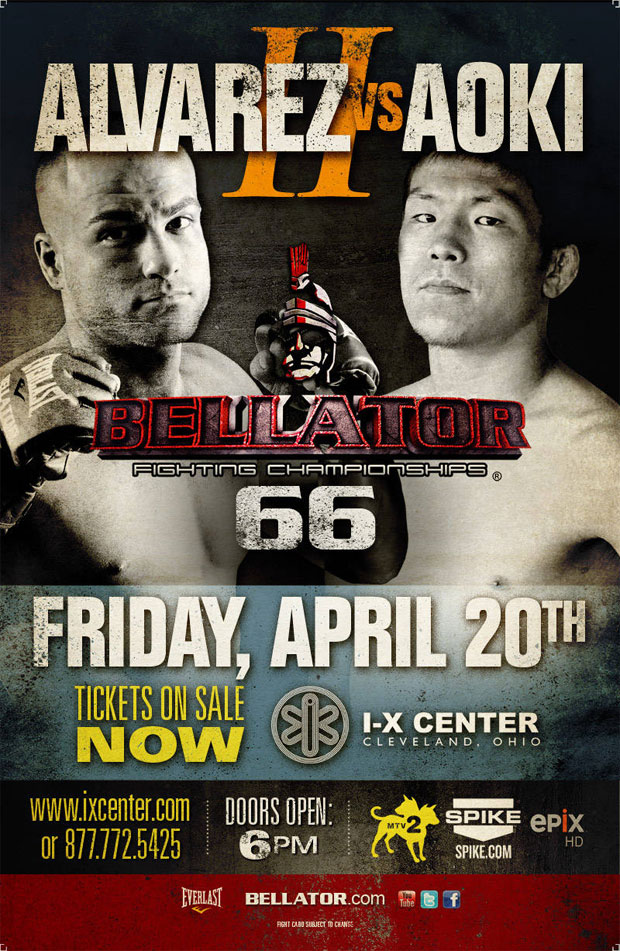