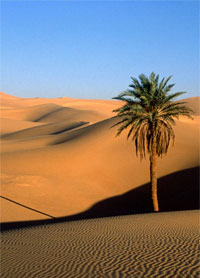 There’s this episode of Man vs. Wild where Bear Grylls cuts open a dead camel, slices the stomach, scoops the grass in his belly and squeezes the water in his mouth. After drinking the contents of this dead camel’s stomach, he continues to cut open the camel and crawls inside of it to sleep inside the carcass, Luke Skywalker style. That’s good entertainment. Dana White wants to beat that with the introduction of The Ultimate Fighter in the Middle East. When asked about it, Dana mentioned something about ‘a thousand years of heat’ that, after 4 hours of re-reading, still makes no sense.

“Yup, there are a thousand years of heat over there that we can do.”

“How do we plug this whole thing in with television and how to watch it everywhere?. We’re trying to figure that whole thing out and build that now. But the groundwork for this thing is ‘The Ultimate Fighter ,’ and we’ve been working it very hard, and we’re making it happen. ‘The Ultimate Fighter’ is going to be all over the world. That’s the goal.”

“We are working on some stuff right now that will blow people away. And what we do in the next two years will just be off the [expletive] charts. I’m just so excited about the stuff we have coming up.”

Imagine the pranks Rampage can pull on Rashad Evans in the Middle East. Dude could take his camel and friggin…fill it with chickens. Oh wait, that only works on tricked out SUVs. The only time when it’s acceptable to stuff an animal with another animal is if you’re making Turducken. [Source]