The UFC Plans to Drop a Nuclear Warhead to Counterprogram Strikeforce: Henderson vs. Shields 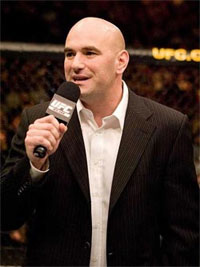 In the past couple of days, James Toney has been discussed on every MMA-related media source, Jim Rome, ESPN, Sirius Radio…I even heard my taco vendor talking about it in Spanish as he was serving up my Al-Pastor. I don’t speak Spanish. All I understood from eavesdropping was that the dude mentioned James Toney and continued engineering my delicious Mexican masterpiece.

The moment James Toney was signed, Zeus fell out of his cheap Wal-Mart brand swively chair, and the UFC pulled Kimbo vs. Meathead off the UFC 113 fight card in Montreal. Since then, the rumors have been running rampant throughout the MMA world that Kimbo is probably going to be the first MMA fighter to welcome James Toney into the Octagon on April 17 (at least according to the UG).

Although Kimbo is still relatively new to MMA, he’s easily the most recognizable Youtube sensation…ever. Setting fighting ability aside, 3 out of the 4 most watched MMA events in history belong to Kimbo Slice. Even after Kimbo was eliminated early on The Ultimate Fighter reality show, people still tuned in, thinking he’d be given the chance to “bang again”. If the UFC learned one thing from that whole experiment, it’s that whenever Kimbo is on TV, people will watch. He’s the ultimate marketing weapon to use in the most dire of circumstances…Like counterprogramming Strikeforce: Henderson vs. Shields, live on CBS.

If that’s not enough of an attraction for MMA fans, the UFC is also expected to announce Wanderlei Silva vs. Sexiyama and Matt Serra vs. Mike Swick for this counterprogamming fiesta. Collectively, this could be one of the most exciting fight cards of all time, and in addition to MMA fans from around the world tuning in, it’d be the first MMA card that boxing fans would have considerable vested interests. 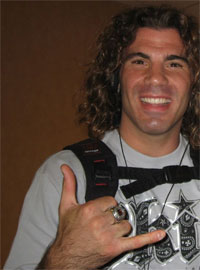