Before Anthony “Rumble” Johnson fights Ryan Bader at UFC on Fox 18 this the weekend, the UFC PR team thought it was a good idea to unleash Rumble on The Internet. It’s not like Rumble has a long checkered history of running into the problems while using social media. Wait, he does? Damn.

With a history of alleged domestic violence, animal abuse, and yoga mat throwing on his Facebook “About” section, Rumble sat in front of a camera on the UFC’s Facebook page and did a live question and answer session today. What could go wrong?

Anthony “Rumble” Johnson is taking your questions put them in the comments below:

5. Who do you think is a better drunk driver, you or Jon Jones? / Broncos or Panthers? 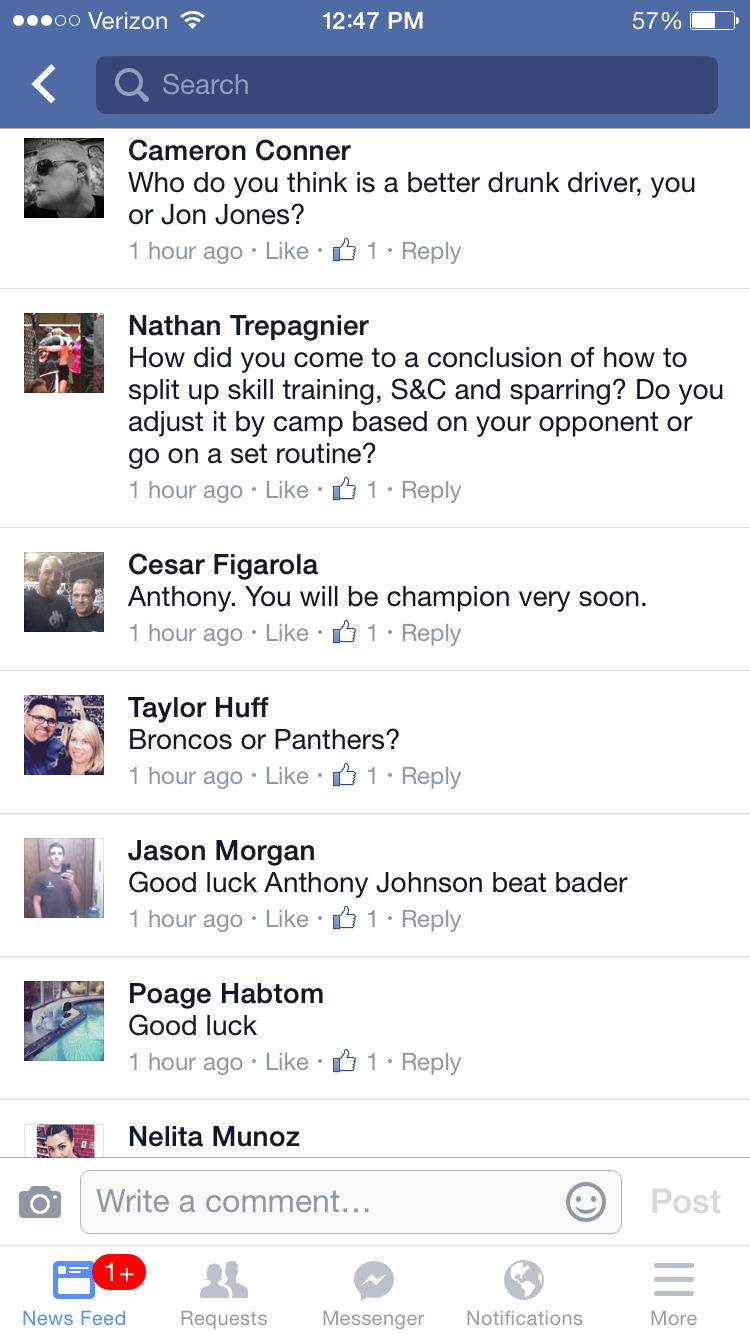 4. How many dogs have you killed and abused? What’s your dog fighting record? / Love to see you fight McGregor 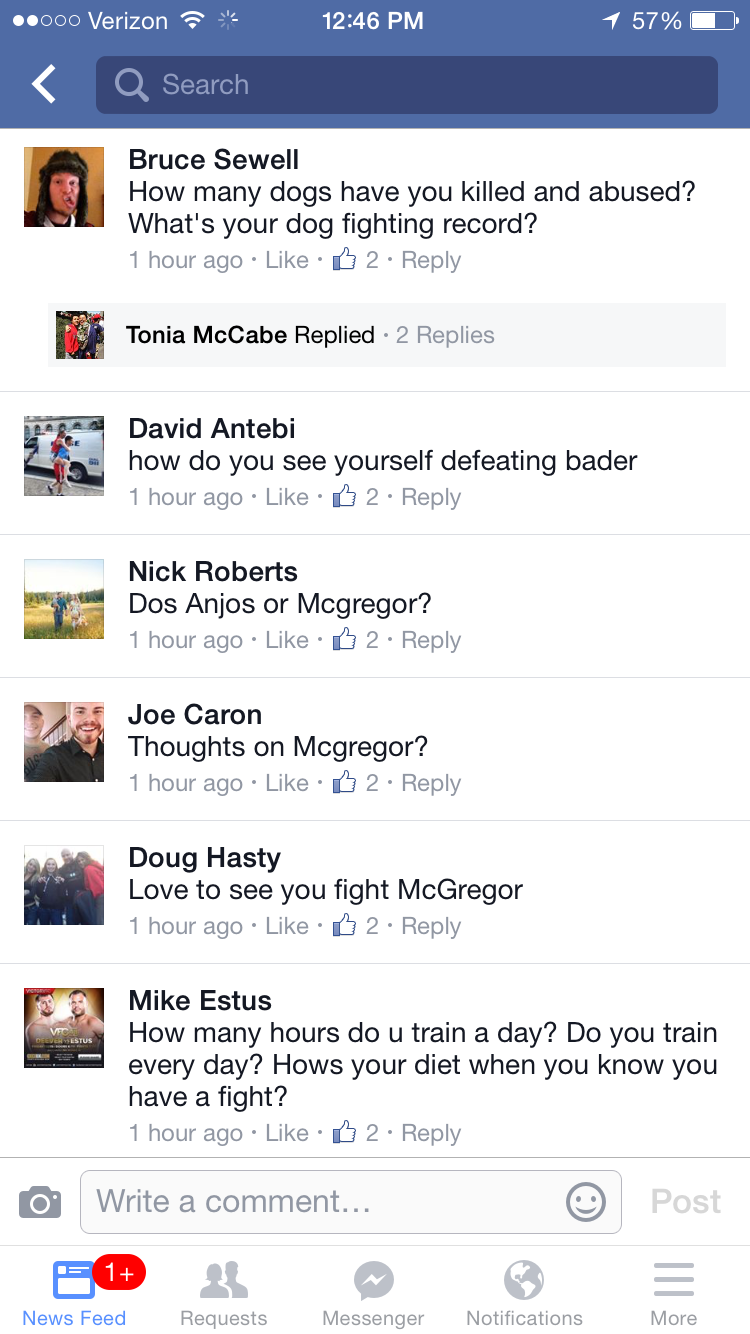 3. How many women have you KO’d in the Bay Area? / Does Dana White’s breath smell? 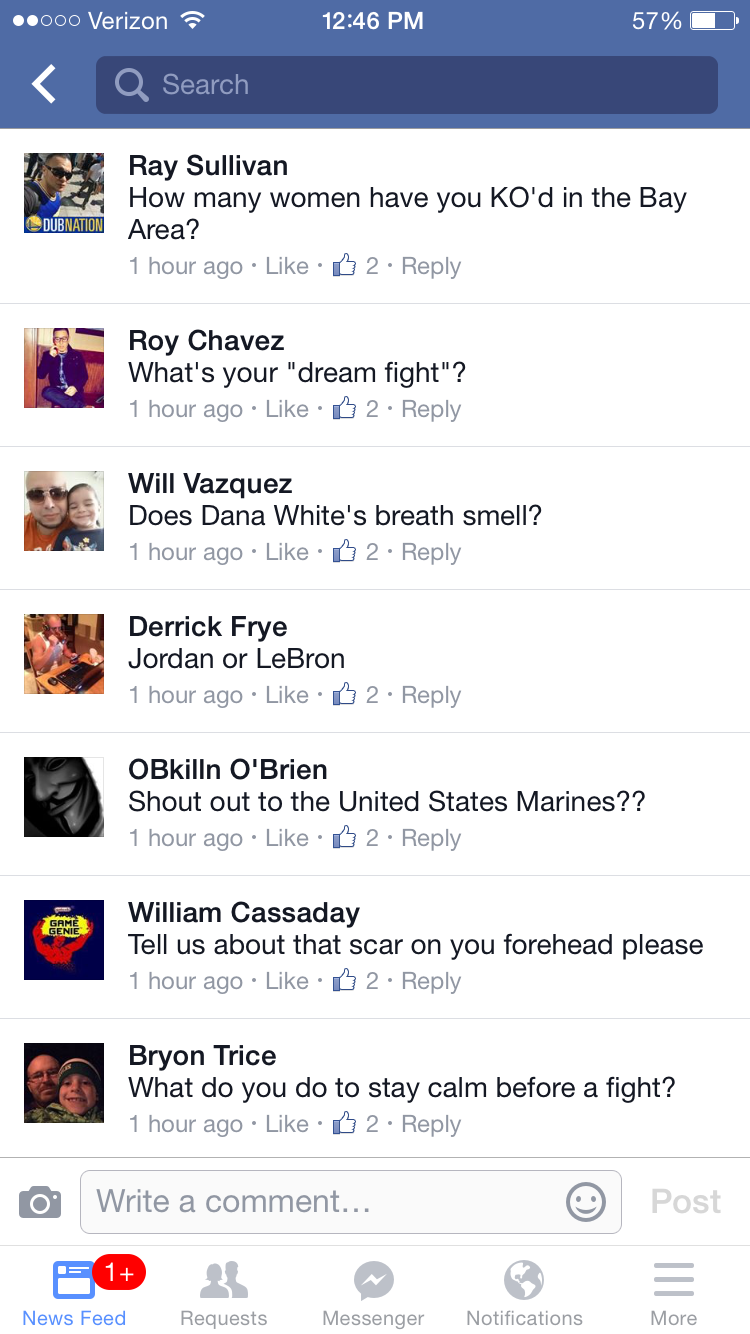 2. Why won’t you address the issue of woman beating? / WOULD YOU FIGHT A BEAR LIKE LEONARDO DID??? 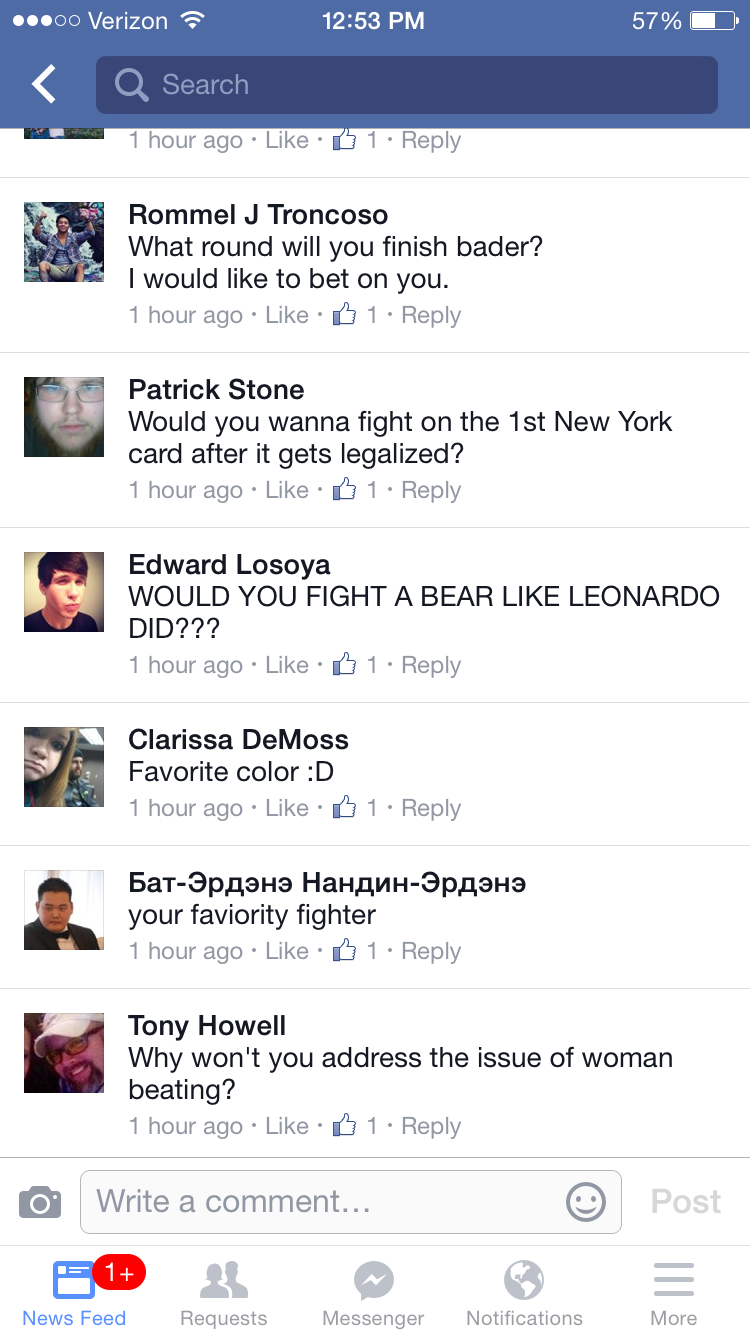 1. You thrown any Yoga Mats around the Gym lately? / Donuts or cookies? 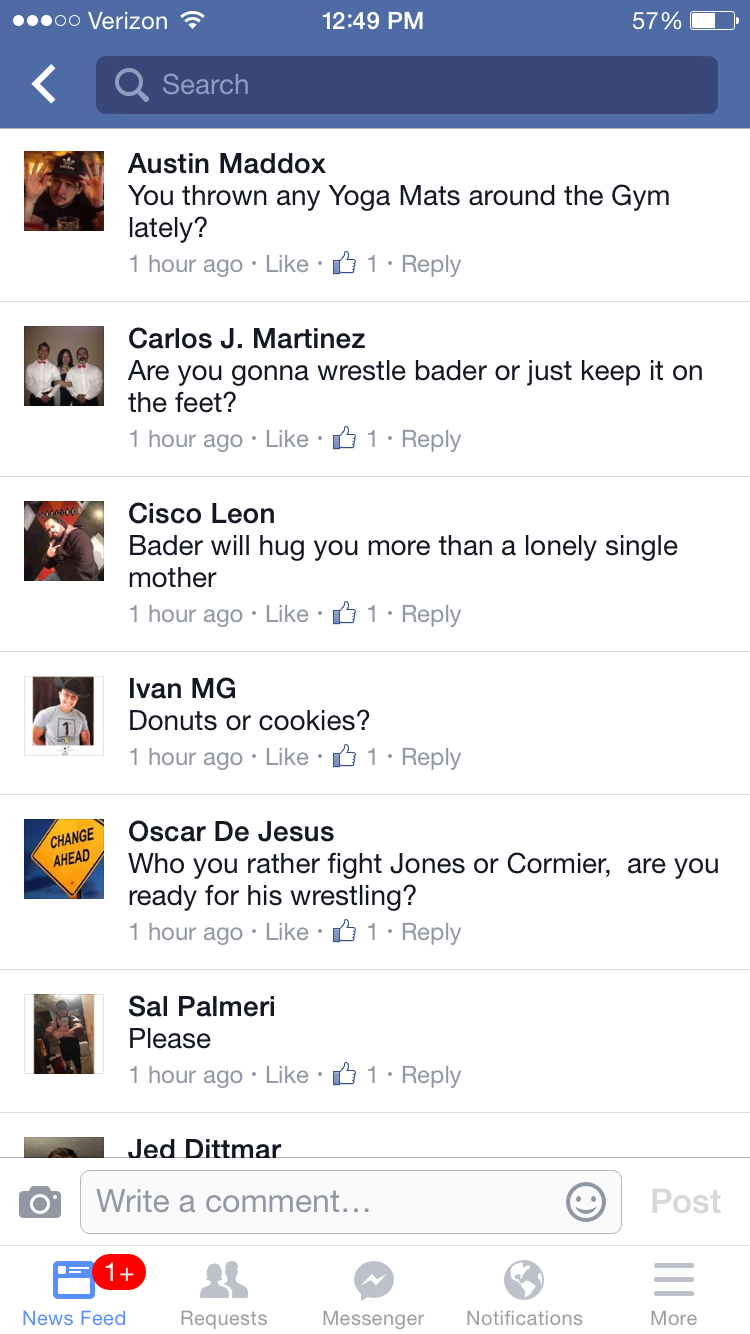 Watch: Paul Daley printed and is posting "missing Josh Koscheck" signs all across the city of Fresno
← Read Last Post