"Rumble" Johnson has taken Paulo Costa to task over his weight-cutting fiasco.

Anthony Johnson has had just about enough of Paulo Costa trying to explain his weight-cutting snafu.

Costa and Marvin Vettori were initially set to compete in the middleweight division this Saturday (Oct. 23). That plan changed when Costa admitted he couldn’t make the 186-pound limit for a non-title fight. While a 195-pound catchweight appeared to be the next step, ultimately the two will collide in a light heavyweight tilt. Costa will see 20 percent of his fight purse go to Vettori.

“Rumble” Johnson is no stranger to weight-cutting woes. In fact, he was once released by the UFC over it. Johnson’s weight issues are in the past as he’s found the suitable weight class for him. What ticks him off about Costa’s situation is the number of “excuses” that “Borrachinha” has come up with.

Here’s “Rumble’s” rant on Costa posted on his Instagram Stories.

“I missed weight 3 times while fighting for UFC,” Johnson wrote. “Even if I knew it would be a struggle I’d still try and make the weight and not be a b*tch and try to do catch(weight) outta the blue cuz I was lazy. Costa wants the fame and glory without putting in the work. Bash me all you want but even I didn’t make up excuses or cop-out.

“If he fights 205 just stay there. That way there’s no more excuses and nobody will see how lazy he is. Trust me going up in weight is much better and makes life easier.” 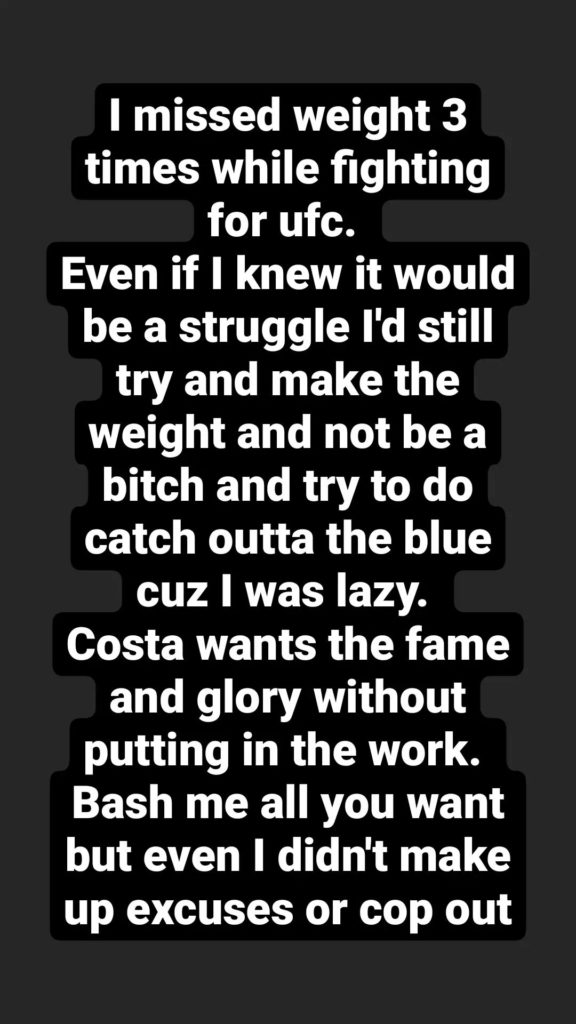 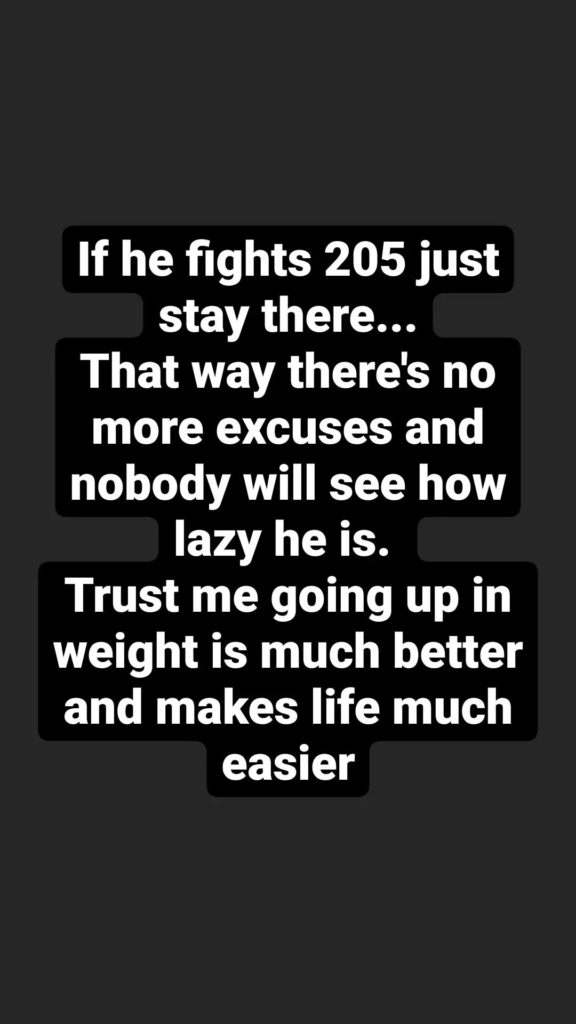 Costa vs. Vettori will headline UFC Vegas 41 inside the UFC Apex. Stick with Middle Easy as we’ll be bringing you coverage of the event. As soon as the event wraps up, check out the homepage for results and highlights.