The Junie Saga comes to an end: Browning turns himself into Phuket police

Let’s all spend the rest of the night remembering how infatuated we were with Teddy Ruxpin as kids. Alternatively, we all can navigate around the jungle-urban sprawl of Thailand, constantly looking behind our back for Thai mobsters. The latter option is what Junie Browning chose to endure since December 13th when we reported that Browning was involved in a hospital brawl partly due to a previous brawl he engaged in that same night. Junie managed to get out of the hospital to update his Facebook, but in reality the guy was on the run like Wesley Snipes in US Marshals. However, unlike Wesley Snipes, Junie Browning wasn’t born to a woman that was bit by a vampire and thus he could not retain all the powers from a vampire along with walking in the daylight like a normal human.

I unintentionally mashed up my Wesley Snipes movies. Junie Browning just has regular human being powers. He doesn’t live in a world of ancient vampires and superior technology. That’s probably why he turned himself in last night to the Phuket Police Station. Apparently the other parties involved in the brawl gave their accounts of the story to Phuket authorities, and after advice from a warden with the US Embassy, Junie Browning chose to surrender to the police. Expect this one to last for a while until Phuket police complete their investigation on Thailand’s story of the century.

Here are a few pictures of Junie Browning turning himself into Phuket police, compliments of Phuket Wan Tourism News. 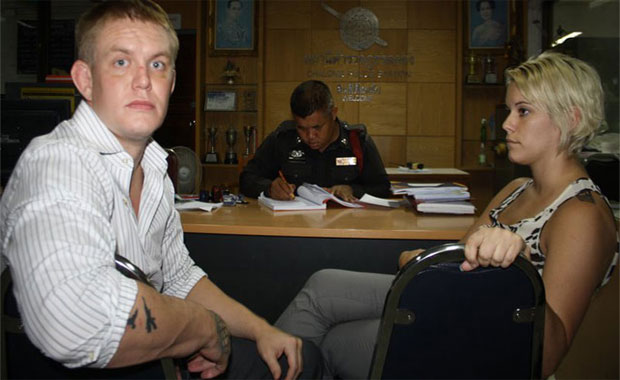 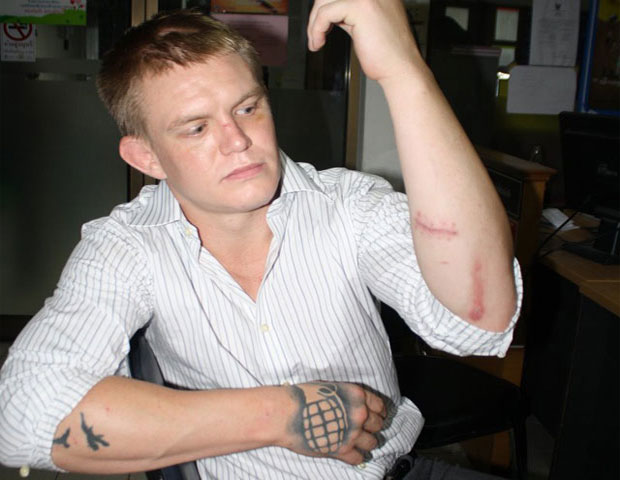 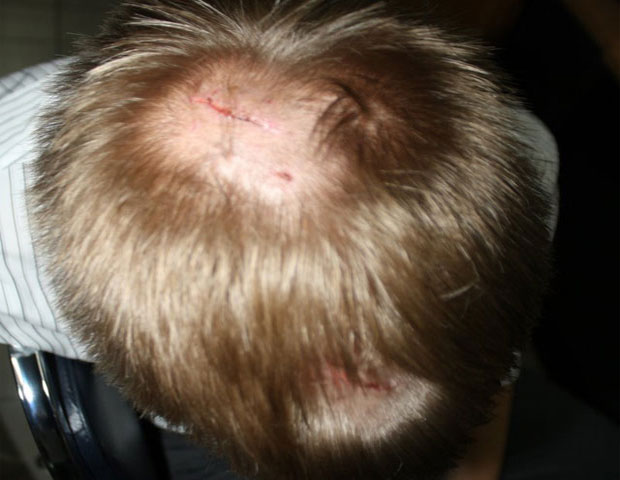 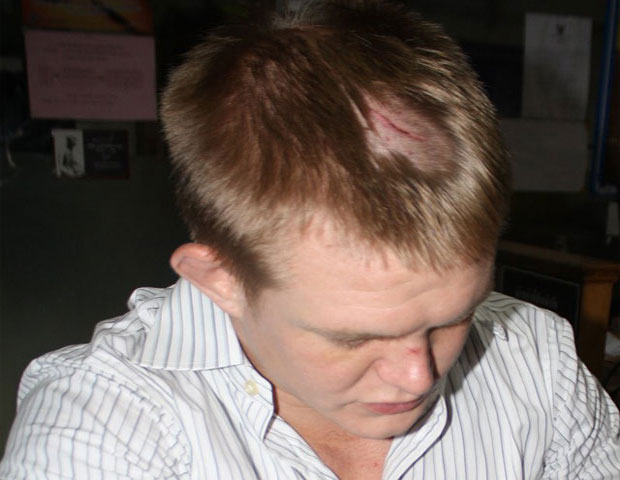