It all ends tonight. Years of free mixed-martial arts programming will come to a sudden end when WEC 53 goes off your television tonight. There will be no other WEC shows to look forward to. That infamous blue mat will be no more, nor will that introduction with the tribal graphics and parchment overlay. Commentating gigs for Frank Mir and Stephan Bonnar are over, at least for the time being. This is the end, my only friend, the end. Well, it’s not quite the end.

Don’t start getting depressed folks, it’s not over yet.

According to theoretical physicists like Stephen Battersby, if we wait long enough in this boring period of our universe, hyper-rare quantum occurrences that happen perhaps once in a quadrillion years will become quite frequent (being that we’re facing infinity, and all). Scientists have already discovered that in a quantum vacuum, small particles will randomly pop into existence. Eventually in this oblivion of a universe that we found ourselves in, entire atoms will appear from no where. Give it a few googols of years and bits of objects will appear. Wait a few more googols of years and on the very rare occasion, stuff that existed in our universe prior to its demise will appear, like IKEA sofas, slabs of limestone rock and packets of used ketchup. According to physicist, Katherine Freese of Michigan University, in a long enough time span into infinity (which is incomprehensibly long), entire planets and stars will appear in this quantum vacuum and researchers of the University of Chicago even predict that an entire new Big Bang will happen in about 1 with 1,056 zeros behind it years.

The Doors are wrong. This may be the the end, but only for a short while (compared to that of the infinite, at least). Eventually, the WEC will return to this universe again. See it’s true, ‘WEC never die‘.

Sidenote, if any of you want to learn more about the way our planet and universe will eventually end, check out Exit Mundi, a collection of end-of-the world scenarios. 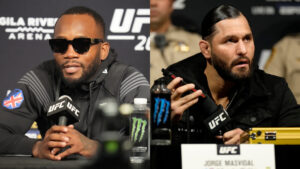 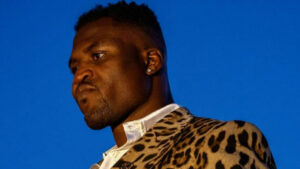 Francis Ngannou Claims He Lost Out On One Million Dollars Due To Crypto.com Deal