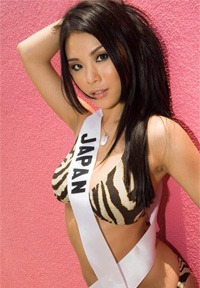 The element of surprise is that every Friday, HDNet airs the M-1 Global Tournament and tonight Team UK is going against Team Japan. I guess there’s really no surprise about it. If you’ve followed the site then you already know that we’ve been doing this every friday since…well the start of the tournament. Didnt have a chance to update you guys last Friday because we were too busy getting devoured by mosquitos who probably have 72 forms of malaria, all of which are dormant in my body. But hey, anything to see Bobby Lashley tee off against Bob Sapp.

So if you have HDNet and you can free up an hour of your life from 8pm – 9pm eastern, then you wll be awarded with free mma, compliments of HDNet (no thanks to Dish Network however). Team America is actually doing better than anyone predicted. Tomorrow we go against Team Imperial (An entire team trained by Fedor, yeah…scary). Hopefully we can come away from that with a W, if not then…well it’s Fedor’s fault.

Get your mojitos, cosmopolitans and canisters of Pringles ready to check out Team UK vs. Team Japan. And know that you’re not the only one that wishes M-1 Global would have an all female MMA tournament. That’s the only way forward.