It’s impossible to deny that Nick Diaz keeps things interesting in MMA -both in and out of the Octagon. Unfortunately, Nick had retired… or wanted a title shot… or wanted to fight some hitters… or get paid like some real money or whatever… It wasn’t clear exactly. All we know for sure is Nick had been gone for nearly a year and a half since his loss to GSP. And we miss him.

With Chael in forced retirement, it was beginning to look like MMA desperately needed someone to stir shit up again. Then, HAPPY DAYS! Stockton’s favorite son and MMA’s top Wild Card, Nick Diaz, came back! UFC reported that he signed a new three fight contract. MMA nerds were abuzz with potential match-ups. Most wanted to see a fight with Anderson Silva who expressed interest in fighting Nick. Duh, of course! But that fight may have to wait. So, in  the interim, allow me (with tongue firmly in cheek) to suggest some other potential Nick Diaz match-ups. Complete with visual aids. ENJOY! Hashtag 209.
Nick Vs. Soccer Mom GSP Fans
They don’t seem to care that they’re in Lodi, bitch!
Nick vs, Unjust Marijuana Laws
It’s medicine for his ADHD or whatever, homie. Keep your laws of my bong! 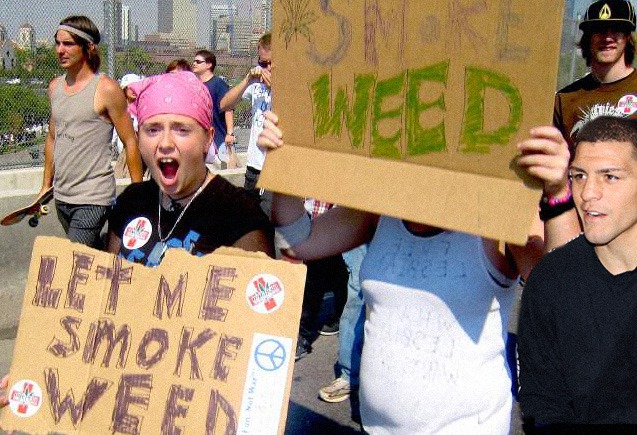 Nick Vs GSP’s Nanny
GSP is pampered the F up! Might as well fight the guy who changes his pampers and runs his twitter since he does everything else for Georges… or whatever…. 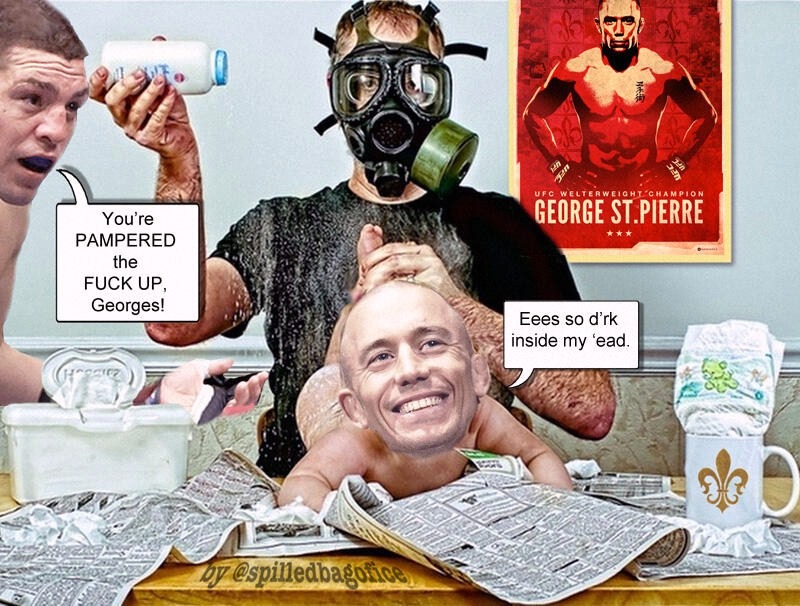 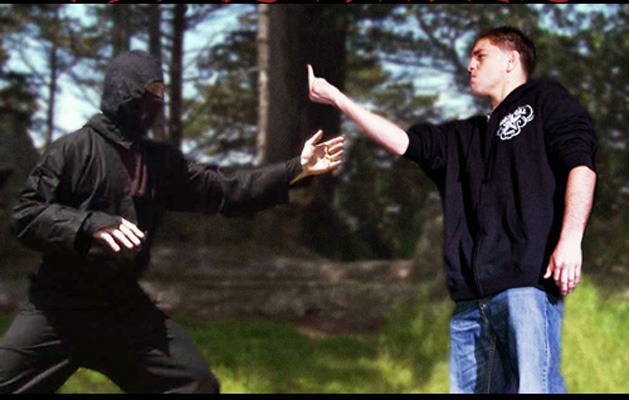 Nick vs. Anderson Silva
Who doesn’t want to see the GOAT of Clowning take on the GOAT of Taunting? 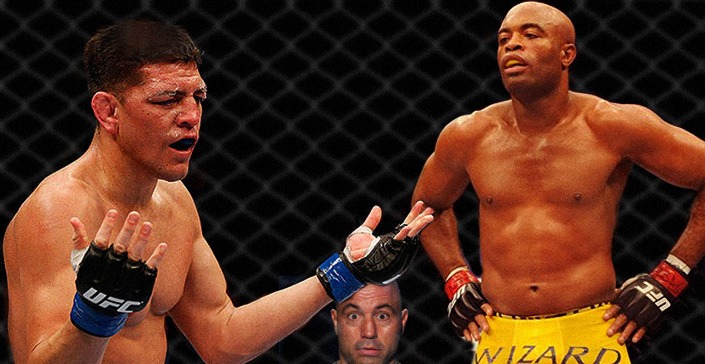 And of course, the classic… Nick vs Bullshit. 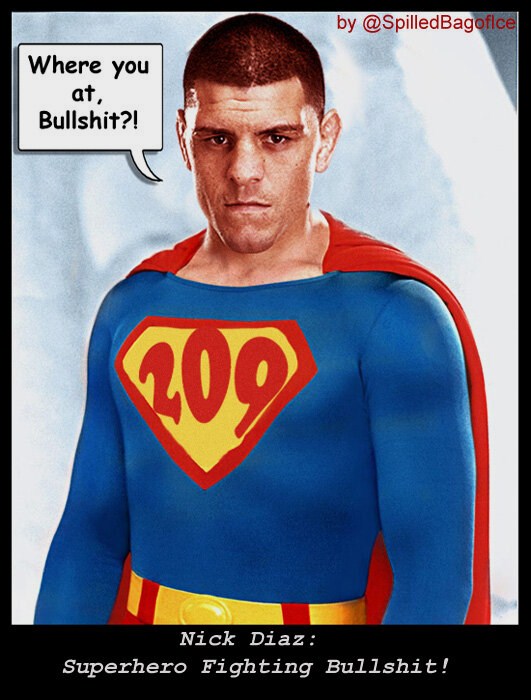