Brutal low kick by Tuivasa, he grounded his foe. Spivak got up immediately. Now Tuivasa barrages him with a lot of strong blows. Spivak took Tai down, but Tuivasa is against the fence, he is trying to get up. And both fighters back on their feet.

Low kick Tai. Teep Sergey. Tai demolishes him with low kicks. Spivak takes him down, ends up in the side control, but Tuivasa got up, he lands big shots. Spivak covers up, eats a low kick, and takes Tai down.

Spivak in the side control, Tai got up. Overhand missed. Superb Judo throw by Spivak. Short punches. Sergey goes for a submission, but Tuivasa miraculously got back on his feet. Another takedown Spivak. He is in side control. 10-9 Spivak.

Tai got advice to stay away from the clinch. Spivak goes for a takedown. Success, number six! Tai is back on his feet, he ate a knee. Low kick Spivak. Overhand missed. Fighters in the clinch. Tuivasa is against the fence. Great throw by the Moldovan Octagon warrior.

Spivak works from the top, these are big strikes, Tuivasa is cut, will the referee let this continue? These are big blows! Spivak is trying to choke him out. Yes, the fight is over, a victory for Spivak, great submission win!

Serghei Spivak picking up an impressive submission in the second at #UFC243! 🇦🇺 pic.twitter.com/NXVZ8oUZkZ

Polar Bear getting it done in enemy territory! 🙌

Serghei Spivak putting on a HW performance to take note of at #UFC243! 🇦🇺 pic.twitter.com/9z5OoknWUj

Tai Tuivasa Not Sold On Tom Aspinall Fight: “I Suppose He Just Wants To Cuddle Me” 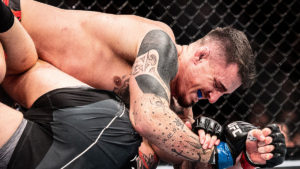 Tom Aspinall On Calling Out Tai Tuivasa: ‘I’m A Shoe Virgin At The Moment’ 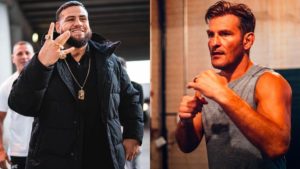 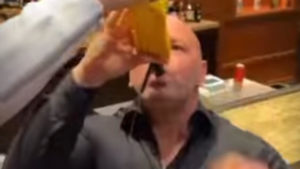