Transgender fighter Alana McLaughlin has received a lot of heat since winning her pro debut at Combate Global last weekend.

The 38 year-old trans woman went through some adversity inside the cage, being dominated by her opponent Celine Provost in the first round. After surviving the near-finish, McLaughlin got a finish of her own in round 2, submitting Provost by rear-naked choke.

Unfortunately, the adversity she had in the cage, would follow her out of it.

After reports of the transgender winning her pro debut against a woman, there would be no stopping the hate from the internet. McLaughlin’s social media accounts were flooded by critics and transphobic speech in the comment section. McLaughlin would move on through the controversy, issuing a statement on her Instagram feed.

“Good morning, friends, supporters and others! I’m getting a lot of variations of the same nasty messages calling me a cheater like I didn’t just get beat on for a round and a half. Y’all need to show @cylinelagrande some respect and take your concern trolling elsewhere. She almost finished me more than once, and on scorecards she definitely won that first round. This is the only post I’ll make about this. Transphobes are just making my block hand stronger.🤷‍♀️”

McLaughlin became the first openly transgender MMA fighter to fight in the US since 2014 (Fallon Fox).

Sean Strickland is no stranger to voicing out his opinions.

The UFC Middleweight contender has received a lot of heat himself for what he has said in the past. So it’s no surprise he held on to his ‘no holds barred’ mind when giving his thoughts on McLaughlin’s place in MMA.

“Change your name, call yourself a woman… but you’re still a fu****g man,” Strickland said on his Instagram story. “Get out of women’s MMA, coward. This is why the athletic commission is useless.”

“I consider myself a classical feminist.” Strickland continued. “If your religion or government has an unequal standard for women then I’m not with it. Testicles at birth == man. Ovaries at birth ==== woman.” 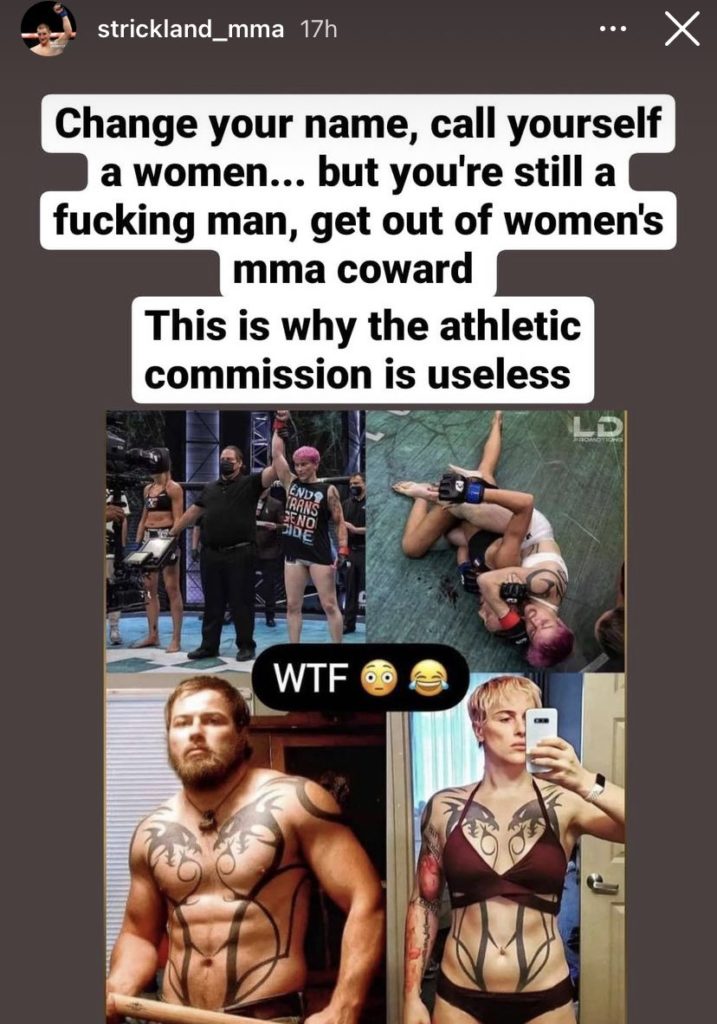 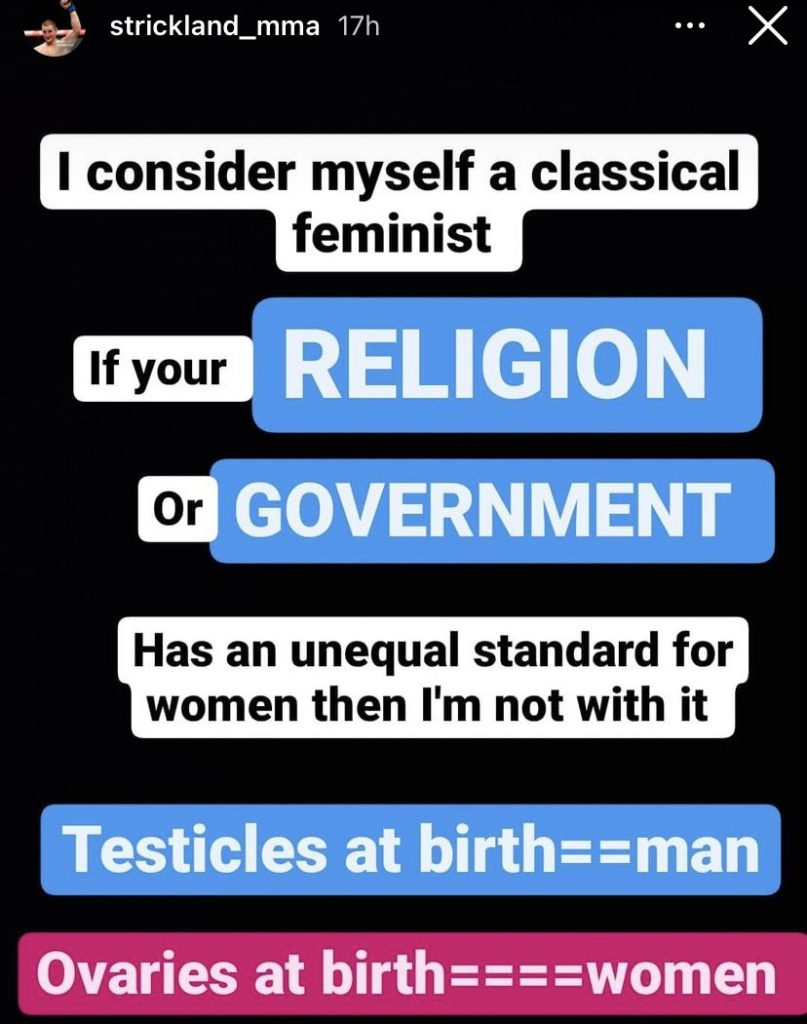 Did Sean Strickland go too far this time or do you agree with him?

Jake Paul On 'B*tchass' MMA Fighters: "Line Them Up, I'll Take All Of Them Down"
Read Next Post →
Click here to cancel reply.