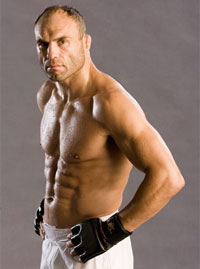 Chances are, Randy Couture is probably older than your dad. Randy Couture could probably own your dad in a fight also. It’s nothing to be ashamed about, Randy Couture fights guys over a decade younger than them and gives them a run for their money. Dude nearly went the distance with Brock (Heath Herring’s the only guy who can claim that award…not sure if anyone else wants to) and last night’s fight with Nog is something that we’ll be telling our grandkids about when MMA is bigger than sex.

Last night at the post-fight press conference, Dana White announced that Randy Couture has inked a six-fight deal with the UFC and he will retire with their organization. Dude’s 46 right now, we’re assuming his next fight will be next year at the age of 47. Let me pull out my TI-83 calculator, let’s see…carry the one…it looks like Randy Couture will be fighting until he’s 72 years old. Math wasn’t one of my strong points in school. Either way, after his performance last night we can all collectively say Couture is ageless. Ageless just like a pack of Twinkies. 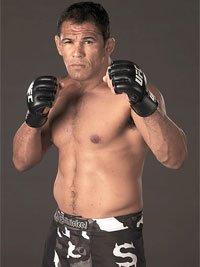 Big Nog with the even bigger win
← Read Last Post