Michel Pereira kissed his hand and then slapped Zelim Imadaev During UFC Vegas 9 because Zelim slapped him during the pre-fight weigh-ins.

Michel Pereira stole the show at UFC Vegas 9. During his fight, he displayed all of the elements that it takes to create a superstar in mixed martial arts. A unique fight style, dominant performance, showmanship, and personality. At one point, he kissed his hand, baited his opponent in Zelim Imadaev, and slapped him. But, what made Pereira slap Imadaev? Shortly after the fight, he explained his actions.

The Brazilian was paired up against Zelim Imadaev (8-3) at UFC Vegas 9 last night. Both opponents were overlooking a third straight defeat in the UFC. So, both Michel and Zelim were ready to lay it all on the line with their back against the wall. Many expected Imadaev to use his past experiences and get the better of Pereira. But, Michel took his game to a new level, emerging as a dominant contender.

Pereira dominated Imadaev from start to finish and submitted him with a rear-naked choke, seconds away from the final bell. During the match, he was flashy and even kissed his hand and then slapped his opponent. While it was quite embarrassing for Imadaev, Pereira explained his actions.

During weight ins, Zelim slapped Michel. So during the fight, he was able to get his revenge.

Blew him a kiss then slapped him!? 🖐

🇧🇷 @UFCPereira is truly in his element tonight. #UFCVegas9 pic.twitter.com/i80f35cot5

“I don’t know why exactly he did this, but I told him I would pay him back, and I did in the fight,” Pereira said after the fight. “I’m a man – you cannot slap my face. I showed my hand, I kissed my hand and I slapped him so he can learn he’s not going to do it again,” he said. “He cannot do that.”

After the fight, Pereira called out Jorge Masvidal. Furthermore, he explained to the fans that he wanted a crack at the “BMF” belt. Right now, that position is reserved for Nate Diaz sometime in January.

That gives Pereira plenty of time to work on some new techniques. And, if Diaz manages to beat Masvidal, there could be a slap off in the works. 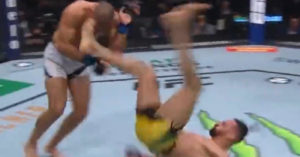 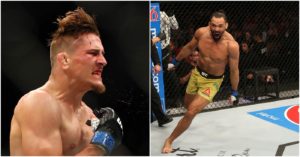 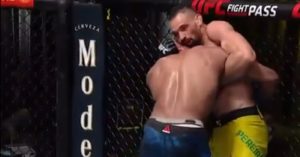 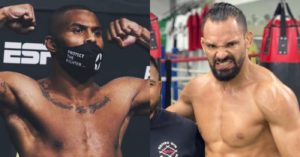 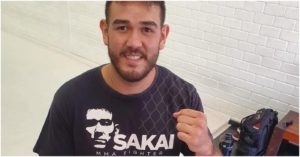 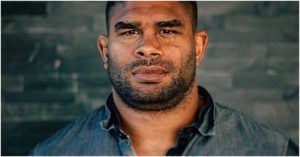