Bellator 223 is happening live tonight (Saturday, June 22, 2019) from SSE Arena in the capital of England, and it is headlined by an intriguing Welterweight match between the former 170-pound Cage Rage champ Paul “Semtex” Daley and BJJ/Judo black belt Erick Silva.

Let’s start! The referee in charge of29-2 this competition is Mike Beltran. Let’s start!

Slow start of the match. Daley was forced to eat few big shots from his opponent, but then he started trading shots and it quickly escalated into a brawl.

Silva managed to secure a takedown after his opponent missed a jab. But despite rival’s BJJ/Judo background, “Semtex” defended well and he was able to survive round one. It was a tight one, I’d say 10-9 Silva.

Paul Daley hit Erick Silva with a big right hand at the beginning of the second frame. Silva is clearly rocked and he goes down, tries to clinch up with the opponent but eats a big knee. Daley runs towards him and Erick is on the canvas again. Oh, this is the onslaught, Daley lands so many big and brutal strikes towards his rival!!!

Silva ate 7-8 punches, but Daley misses with a big right uppercut, despite his opponent was against the fence. Silva survived the onslaught!

Daley goes tactically now, he looks a bit fatigued, but this is his round. 10-9 Daley.

Not much action in the first minute, Paul Daley landed a good left uppercut of the clinch, which was followed by a body kick. Daley attempted a great head kick, but Silva’s arms were at the right spot. Daley ate a big kick to the body.

Daley landed clean with a big left hand, but the Brazilian survived again. Daley continues landing big punches, one hit Silva behind the right ear, he looks wobbled. Silva went for a takedown, but Daley survives, the Brit was on the fence, but the fighters separated. More punches by Daley, followed by an awesome left hand by Silva. Great boxing on both sides.

Daley is hurting him seriously with these strikes, and now a flying knee I think to the head! Daley presses him against the fence, but Silva reverses him and takes him down, he must go for a submission now. Silva dominates in the side control, lands few punches, but Daley’s submission defense is awesome. Daley turtles and gets up, goes for a spinning heel kick, and then a Capoiera kick to end the match! 10-9 Daley, world-class round!

Check Out the highlights:

🐅 @ErickSilvaMMA makes his walk to the cage and looks to impose his will against @Semtex_170.#Bellator223 pic.twitter.com/cdEgi3gDHN

Round two gets going with a bang 👊💥🧨 for @Semtex_170!#Bellator223 pic.twitter.com/tas1YYXTQt

This fight was crazy!!!

Enjoy this full third and final round from this war between @Semtex_170 and @ErickSilvaMMA.#Bellator223 pic.twitter.com/w8NPdovuYc 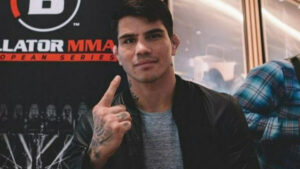 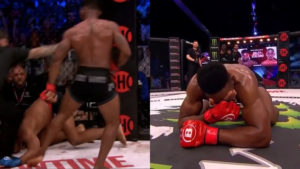 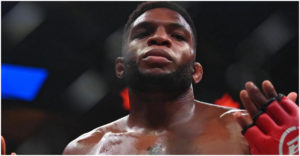 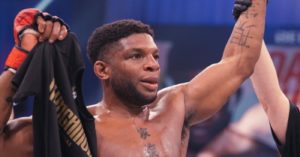 Paul Daley KO’s Sabah Homasi In The 2nd Round, Despite Getting Dropped In The 1st – Bellator 257 Results (Highlights) 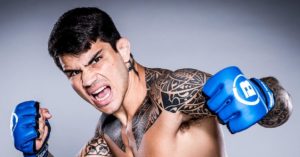