Our very own Dave Walsh from LiverKick.com wrote an MMA novel, so BUY IT!

Whenever he’s not busy being the greatest journalist in the kickboxing industry, LiverKick.com‘s Dave Walsh plays guitar in an Albuquerque-based metal band called Night//Terrain. He’s the modern day version of Buckaroo Banzai. Only three people understood that reference and all of them live in their parent’s basement.

Dave Walsh has embarked on a new venture, and you guys should climb from your throne of apathy to actually support the guy. The Godslayer, Walsh’s first MMA novel, was released on Amazon.com this month and you can get it for the low price of just $3.99! Check out the book description below from Amazon.

Alek Turner is 38 years old and has never felt more alone or lost in his life. After his career as a one time World Champion Mixed Martial Arts fighter was over, he has found himself completely lost as for where his life is to go next. His wife has left him, his young children barely know who their father is and he has found that most of his friends have no use for him once he left the limelight for a simple life. At the crossroads of his life Alek is offered one more shot at glory to return to the ring, the only place where he truly feels at home. Can Alek Turner and the Godslayer co-exist, or will he have to turn down his life of fame and fortune to atone for his past mistakes?

The Godslayer is a journey inside of the mind of a professional athlete who competed at the highest level but lost everything in the process and takes a rather unique look inside of the world of Mixed Martial Arts.

Folks, do something with your life and read a book for Christ’s sake. Buy Dave Walsh’s ‘The Godslayer’ and support this beautiful thing we call The MiddleEasy Network. 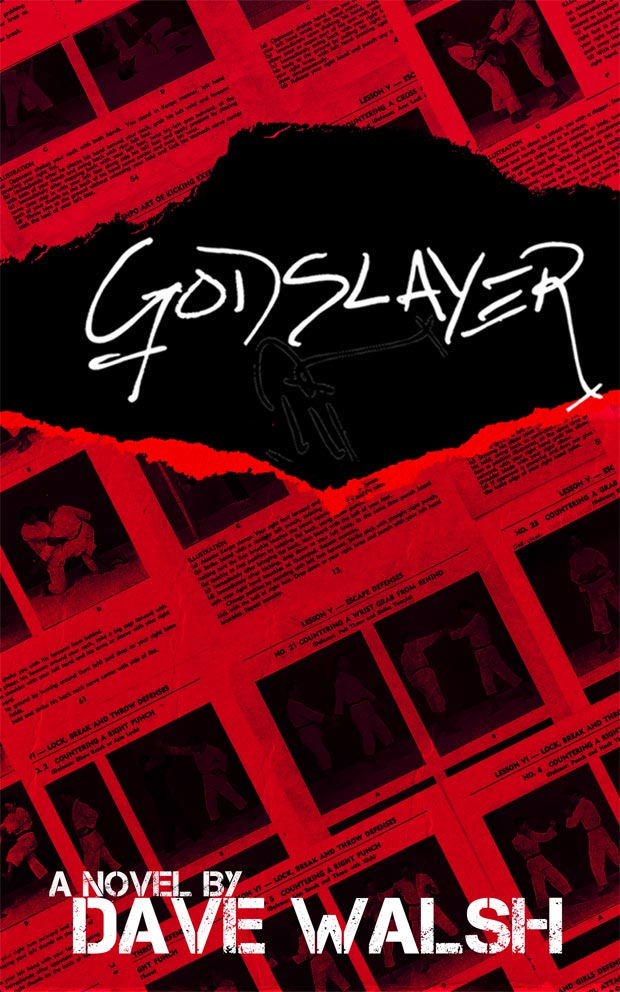 The ghetto version of Bully Beatdown is here, and it looks friggin' awesome
← Read Last Post

John Dodson has been chasing chickens and goats to prepare for Demetrious Johnson
Read Next Post →
Click here to cancel reply.