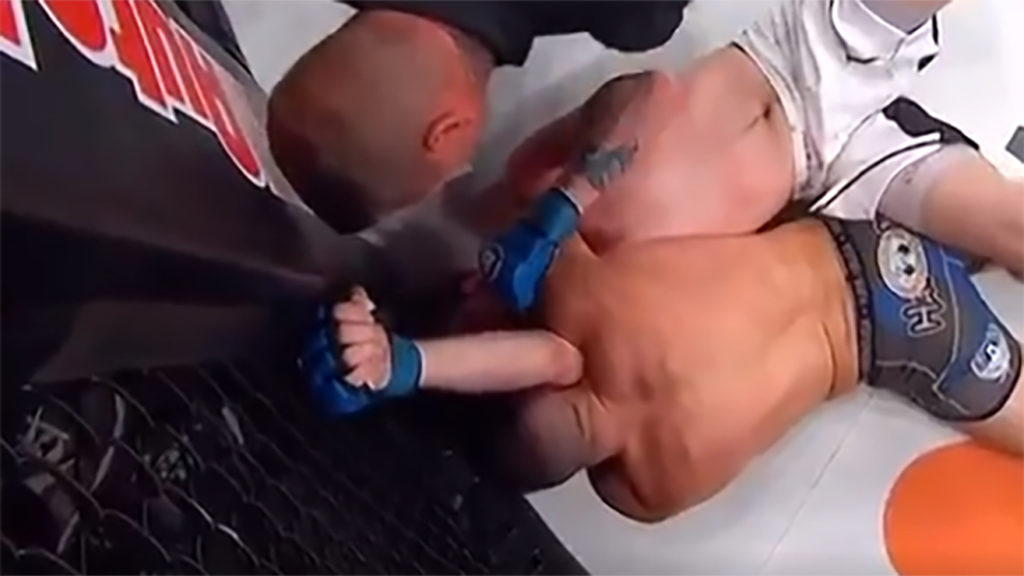 Nick Newell (16-2 MMA, 1-0 BMMA) has just written his name in the history of mixed martial arts. Despite he is one-and-a-half armed athlete, Newell scored an impressive first-round submission over Corey Browning (4-2 MMA, 2-1 UFC).

Newell transited to the full mount and secured a triangle choke tight, then passed to the other side and forced his foe to surrender.

Victory for @NotoriousNewell in his @BellatorMMA debut 👊

The congenital amputee improves to 16-2 🤩 pic.twitter.com/PpmQm8XqZS

Nick Newell will certainly get more chances to fight in Bellator MMA. Despite Dana White was not friendly towards offering him a UFC contract, Newell proved his value in Scott Coker’s promotion!