Nate Diaz has once again asked for his release from the UFC, and is teasing a fight with Jake Paul.

Nate Diaz has once again asked for his release from the UFC, and he seems to be eying a boxing bout with Jake Paul.

Diaz has one fight left on his current UFC deal, and would like to get it out of the way so he can be free to do as he pleases.

Taking to Twitter, Diaz has asked for the final fight of his contract to be booked this summer, or for the UFC to outright release him from his contract so he can move on.

He did this by sharing a video of Jake Paul and his recent knockout win over Tyron Woodley, stating “I have bigger sh*t to do.”

Ufc release now please or give me fight with anyone in July or august
I have bigger shit to do pic.twitter.com/xyYSCBysLs

Diaz has been campaigning for an opportunity to compete in boxing for some time now. However, the UFC has been adamant about keeping Diaz, one of their biggest stars, exclusively inside the Octagon.

However, there’s certainly a lot of money to be made with Diaz in a potential fight with Jake Paul. Both the Diaz brothers and the Paul brothers have exchanged words with one another through the media for some time now.

Jake Paul has called out Nate Diaz for a boxing match on numerous occasions, however, Diaz is unable to accept any kind of fight with the YouTube star due to his deal with the UFC. If he were to be free of that deal, however, things would be much different.

Paul has amassed an undefeated record of 5-0 as a professional boxer. His first two wins came against a fellow YouTube star and an ex-NBA player. However, Paul has certainly stepped up in competition since.

He has picked up knockout victories over both Ben Askren and Tyron Woodley, a pair of former mixed martial arts (MMA) world champions. If Paul would be able to pick up a victory inside the squared circle against Diaz, known to be one of the best boxers in MMA, it would certainly be a massive accomplishment for his young fighting career. 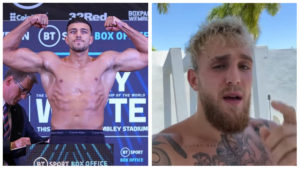 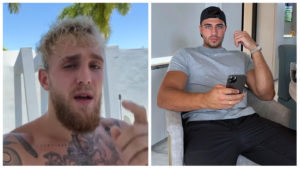