Triller’s first ever ‘Triad Combat‘ main event ended quickly, but not without controversy.

Their inaugural event would be headlined by top boxing contender Kubrat Pulev and former UFC Champion Frank Mir. Besides the ultimate payday, this would not go well for the 42 year-old MMA legend.

Pulev poured it on Mir in the first round. The boxer made quick work of Mir in 8-ounce gloves, rocking the MMA fighter early into the fight. Mir would stand his ground and gave it his all, but even that wouldn’t stand a chance against the powerful Pulev.

In the last seconds of the round, Pulev would stun Mir with a series of punches, with Mir stumbling back to a corner. It looked like he was out on his feet. The third man in the triangle was referee Dan Miragliotta, but he wouldn’t put a stop to the action right then and there.

Pulev was surprised that Miragliotta hadn’t stepped in to protect Mir. With 7 seconds on the clock, and Mir barely on his feet, Pulev decided to show mercy. The boxer showed great resilience and walked very slowly to the cornered Mir, giving Miragliotta every opportunity to stop the beating.

Miragliotta finally did with one second left in the round.

One of boxing’s greatest minds, Teddy Atlas had a lot to say about the controversial stoppage and the referee behind it.

“Ken said to me, ‘Teddy, this Pulev-Mir fight at the end of the night for Triller, it actually scares me that [Mir] could physically get really hurt’. You know what, Ken? You were on the button on that one.” Atlas said on his podcast.

“We don’t exaggerate these things. He could have really got hurt bad. If it wasn’t for Pulev, not the ref, that ref Dan Miragliotta should never ref a fight again.”

Dan Miragliotta is recognized as one of the best referees in MMA, but he wouldn’t receive any praise for his officiating at Triad Combat. Atlas believes he should not referee a fight again, after a tough night in the office for Miragliotta.

The experienced referee would later explain the stoppage, saying he was waiting for Mir to take a knee, rather than go out on his shield.

Pulev has been criticized for his character in the past. Especially, when he kissed a female reporter out of nowhere after one of his recent wins. However, Pulev would show to have control inside the triangular ring. He would pull his punches to save Mir from further punishment. 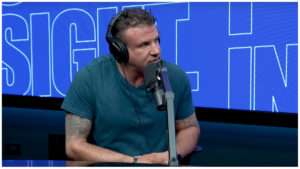 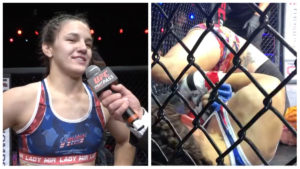 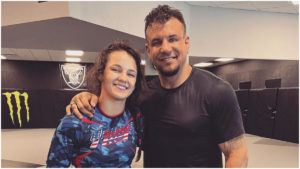 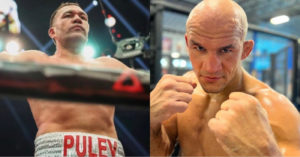 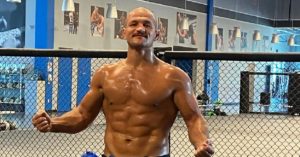