Conor McGregor took to twitter to give his thoughts on who “the greatest” of all time is.

If you know anything about Conor McGregor, it is that his confidence is unmatched. The “Notorious” has always been know to for his speaking his mind, regardless of the opponent or scenario. We saw that confidence yet again through his twitter account.

However, it would not be a McGregor post without taking a shot at one of his rivals, Khabib Nurmagomedov.

“khabibs little mermaid leg wrap thing he does. What a sport! who’s the greatest, you already know.” 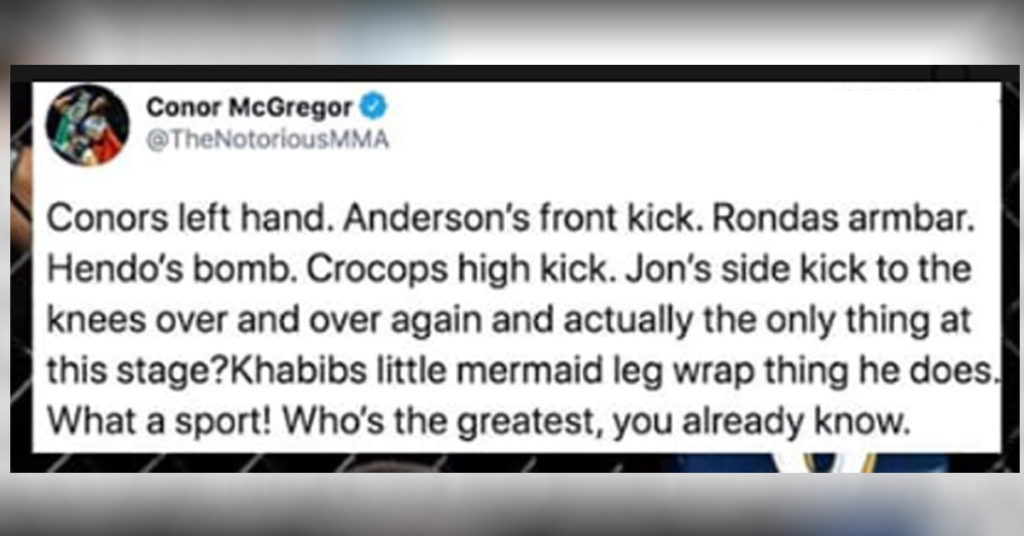 With Khabib unable to compete at UFC 249, Justin Gaethje has stepped in to fight Tony Ferguson. Could this leave an opening for a possible rematch between Conor and Khabib?