Covington has been going at the Los Angeles Lakers star on social media in recent months despite seemingly being a fan in the past.

The latest in the Jorge Masvidal vs. Colby Covington rivalry has seen the former take a shot at the latter with an old post concerning LeBron James.

Covington has been attacking James on social media for his political views for months now and most recently, seemingly challenged the Los Angeles Lakers star to a fight in the wake of Nate Robinson’s knockout defeat to Jake Paul.

“Heard they finally scraped @nate_robinson’s carcass off the @staplescenter floor. I’d make @kingjames eat the canvas in half the amount of time. Everyone knows current @NBA players are the softest and most privileged athletes on the planet. #TysonJones #Facts”

Of course, what wasn’t known to most is that Covington was a fan of James back in 2016 — at least going by an old tweet. And Masvidal made sure to share it on his Instagram stories on Monday. 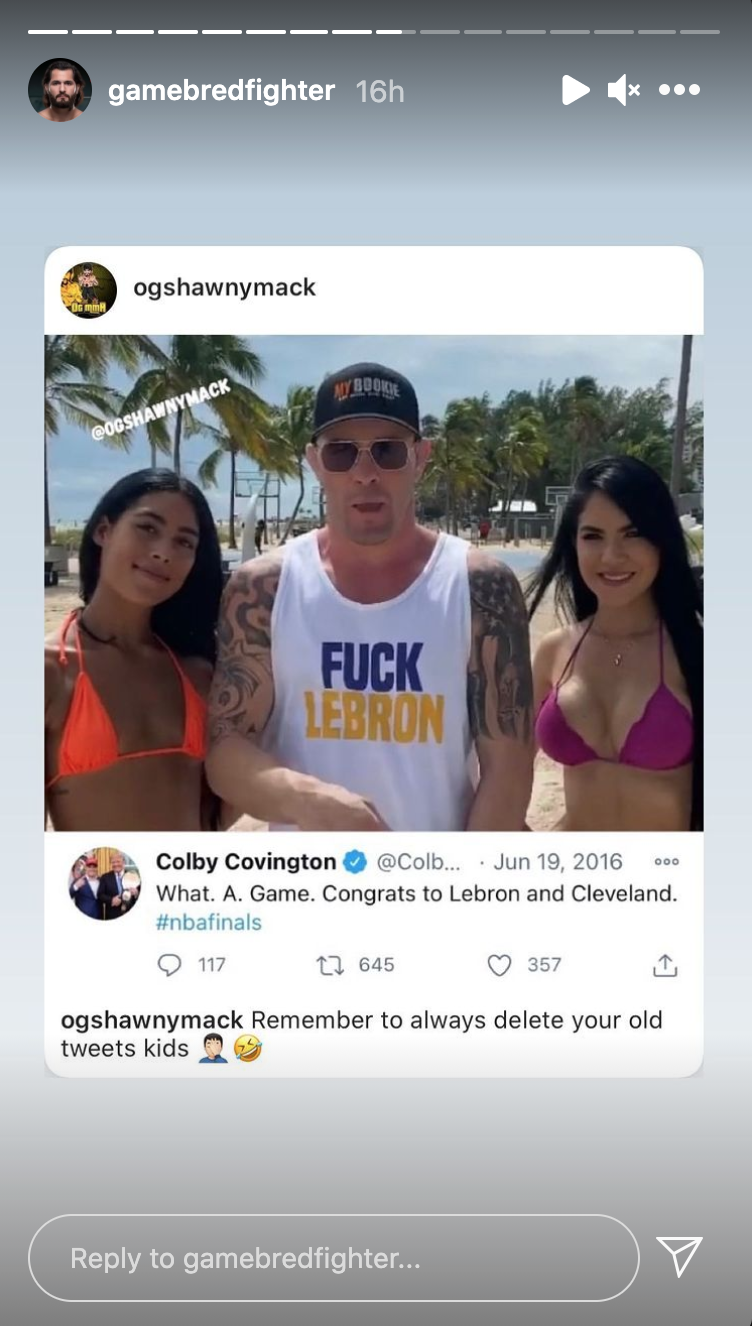 Masvidal To Face Covington In 2021?

In reality, it’s likely that Masvidal and Covington share the same views as opposed to James given which side they lean on the political spectrum.

However, that won’t stop them from taking shots at each other as a grudge match between the former teammates and best friends seems imminent in 2021.

Opening odds were recently released as well and have Covington as a slight -140 favorite while “Gamebred” is a +110 underdog.

Nothing is official for now but it promises to be one of the most anticipated matchups in recent history given the seemingly real beef between the pair.