Mark Pavelich is not a fan of Bellator

Some of you may remember Mark Pavelich, the owner of Maximum Fighting Championships, from his claim that he will beat Strikeforce, Dream, M-1 Global, Sengoku and when that happens, Pavelich has a “plain B”. We’re pretty sure he meant “Plan B” but we’re not holding it against him that he can’t spell. Sometimes I just randomly peck at the keyboard in hopes that paragraphs and complete thoughts will eventually appear on the screen. It’s cool Pavelich, you’re a promoter…not a 4th grade English teacher.

In an interview yesterday with Tapout Radio, Mark Pavelich wanted to let all of you guys know that he isn’t a fan of Bellator. Check out this quote from last night transcribed by Fighters Only Magazine:

“I don’t like it [Bellator]. I don’t watch it, I don’t know anybody that does watch it. They do a show every six months, I don’t know if they are doing a contest or some kind of tournament thing or what.”

“They are going to be the pet rock, the rubix cube [of MMA]. They are just not any kind of… I can’t name even five people on the fighter roster,”

If Mark Pavelich wants to enter the realm of ‘Ultimate Power Promoter Beefs’ (Gary Shaw is somewhere in there), he’s going to need to step it up. I think he used that same material when he bashed M-1 Global last year. [Source] 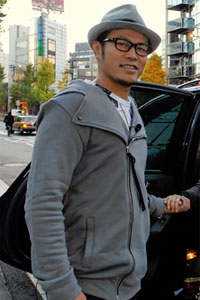 Genki Sudo gets his BJJ black belt and hints at a return to MMA
Read Next Post →
Click here to cancel reply.