Marcus 'The Irish Hand Grenade' Davis was successful in his return to MMA.

Age Is Just A Number

At 48 years of age, Marcus Davis is still winning inside the cage. The UFC veteran was victorious in his last outing at Premier FC 32. This would mark the first time in 7 years that Davis competed. This would come after a failed booking in 2020.

Davis not only headlined his comeback fight, he also finished it. Davis’s last finish came over 10 years ago. Last weekend, he would make the fact fade away.

Stephen Stengel, who is 11 years younger, would step into the cage with the grizzled vet.

After going through some adversity in the first round, Davis would use his experience to grind it out. In turn, Davis would sink in a triangle choke. The tight submission would force a tap from Stengel, making it Davis’s first career win by triangle.

It would also be his first finish in 10 years.

While Stengel (4-16) may not have been the best opposition, many fans were excited to see Davis win, especially in such an old age for fighting. The victory snapped a two-fight losing streak.

In his glory days, ‘The Irish Hand Grenade’ was thrown into action at all-comers.

Davis fought in the UFC Octagon for 5 years, from 2006 to 2011. He fought a murderer’s row including the likes of Nate Diaz, Dan Hardy, Jeremy Stephens, Ben Saunders and Mike Swick. Some of his notable wins came over Chris Lytle, Paul Kelly, and Paul Taylor.

It is unsure whether the 48 year-old will fight another time, but if this was the last one, ‘The Irish Hand Grenade’ surely went out with a bang. 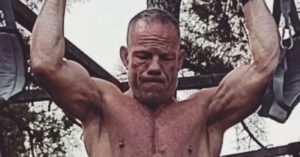 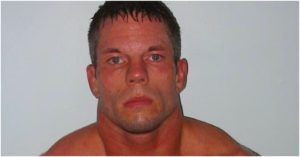 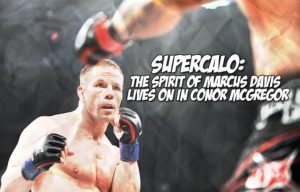 SuperCalo: The Spirit of Marcus Davis lives on in Connor MacGregor